Booking A Ski Trip Early Can Save More Than $2,000
BY Christopher Steiner

Waiting to book a ski trip until October or November is perfectly normal. These are the two most popular months in which to book, in fact. But by waiting until the tenth month of the year, skiers limit their options on lodging, packages and even lift ticket prices. Quite simply, ski trips are cheaper when booked further in advance.

It's often wise to book lodging before airfare. Many of the best-priced accommodations book up first, and the same goes for the lodging spots in the best locations. It can be advantageous to lock down lodging first, and ensure you get a good price—and do the same for lift tickets—then worry about airfare.

Plane tickets can greatly fluctuate in price before a trip. With airfare, the sweet spot is often not booking too far in advance, but not last minute, either. Some of the best airfares can be had 8 to 10 weeks before a trip.

A family of four can easily save more than $2,000 by simply booking their ski trip a couple of months earlier. Here's one way that breaks down, for a seven-night trip, in a two-bedroom condo:

As one might expect, savings like this can be more pronounced at certain ski resorts where demand at some times of the season can outstrip lodging space. These are the ski resorts where booking early is most important:

Ski Resorts Where Booking A Ski Trip Early Is Important


Booking Ski Trips Early For Park City
Park City ski trips have always offered an elite combination of town, skiing, and access—Park City is just 35 minutes from the Salt Lake Airport, a major hub for Delta—but the resort has grown even more popular after its acquisition by Vail and merger with Canyons.

As the largest ski resort in the United States, Park City has proven itself extremely popular with destination skiers across the continent. The best lodging at optimal prices usually books up early. There exists a good stock of in-town condos and even ski-in, ski-out properties at favorable prices, but these go first. For families and secure groups looking for lodging around premium dates—holidays, MLK weekend, Presidents' Day, and spring break—booking early can save thousands of dollars. Park City is especially popular for Christmas and New Year's ski trips.

Skiers may also notice a week in late January is also quite popular, and quite expensive, in Park City and Deer Valley. This is the Sundance Film Festival, for Hollywood descends upon Park City for a celebrity-filled week. Lodging is tough during this time, but skiing is sublime—everybody is in town to watch movies rather than clog up the slopes.

Park City ski trips can be had at lower prices - book early.

Booking Ski Trips Early At Whistler
Whistler possesses the largest and most varied lodging base of any ski resort in North America, but it's also one of the most popular ski resorts in all of the world. Whistler-Blackcomb draws skiers from not only the United States and Canada, but also thousands from Australia, Japan, the UK and the rest of Europe. So booking a ski trip at Whistler-Blackcomb is a competitive process. The best accommodations, the best-priced opportunities, get booked out early, as there are tens of thousands of people scouring for lodging and lift ticket deals at Whistler every day of the year.

Steamboat has been attracting a loyal following of skiers from across the world for decades. The lodging base is among the largest and most mature of any destination ski resort. Ski trips of all kinds can find the perfect situation here, from upscale full-service hotels to expansive standalone ski homes to economical condos with ski-in, ski-out access. Lodging for the Christmas and New Year's holidays gets especially tight, as Steamboat has an exceptional record of opening most of its terrain by December 25.

Steamboat possesses an excellent airport with direct service from hubs all across the country. This keeps skiers pouring in all season and ensures that competition for the best lodging will remain stiff. The best way to win this battle: book early.

As mentioned earlier, it's often advantageous to book lodging ahead of airfare. This holds true at Steamboat, where airlines sometimes keep fares very high many months out, only to lower them as the ski season grows closer.

Telluride has a loyal horde of skiers who take a ski trip here year after year, season after season. Those who have skied here know that Telluride offers a unique experience. Town is tucked into a box canyon with striking views of vertical mountain walls, 14,000-foot peaks, and steep ski runs descending into the old mining hamlet. Of course, describing Telluride as any kind of hamlet now is entirely misleading. This is some of the most valuable mountain real estate outside of Aspen.

Lodging in Telluride is no less unique than town itself. Skiers won't find any chain hotels here, not even the Ritz or the Four Seasons. The largest hotel, The Peaks, is owned and operated by the resort. There are a wealth of condo properties in town near the lifts, as well as in Mountain Village above, which is connected to town via a free gondola with $1 million views.

Telluride has a dedicated troupe of east and west coasters who descend upon the mountain during the holidays. During spring break it's a favorite spot with Texas gears eagerly fill out the lodging supply every March.

The most affordable deals, of which there are many—check out our booking widget—do book up by November in many cases.

Waiting too long to book in Aspen may carry the biggest penalty of any ski resort in North America. There's tons of lodging here, and, with four mountains, tons of space to ski, endless lines rarely grow onerously long. But the most affordable Aspen ski vacations are booked early, when high-quality properties and ski vacation packages can be booked at lower prices.

The most affordable lodging tends to be around Snowmass, but early bookers can find deals in town as well. Aspen has perhaps the best ski town airport in North America, with scores of daily direct flights from across the country throughout the season. Deals on airfare can be had for those who watch fares closely throughout the fall. Those who can fly Monday through Thursday will find the best deals.

Dale is the undisputed winner of the battles for ski resort supremacy. Its parent company controls many of the best ski resorts in North America, including Park City, Whistler, Beaver Creek, Breckenridge, Heavenly and Keystone. Vail's Epic Pass is the choice of many skiers who take multiple destination ski trips a year.

As the flagship ski resort of this network, Vail attracts a crowd. It's a good mountain that receives some of the best, most consistent snowfall in Colorado. For this reason it's an excellent bet for holiday ski trips around Christmas and New Year's. Vail also preserves snow very well into the late season making it a great choice throughout the spring.

The versatility and popularity of Vail make it imperative to book as really as possible to lock in favorable lodging rates at the best properties.

This is another ski resort where booking lodging before airfare is often a good strategy. Vail skiers have the advantage of shopping airfares to both Denver, which is two hours away, and Vail-Eagle which gets lots of big planes on direct flights from major cities. Skiers can expect to pay more for flights directly into Vail-Eagle, but this saves time, hassle, and the expense of a car rental or a more expensive—and longer—shuttle ride.

Prime dates at Vail book up early especially for mid-priced options in and around Vail Village. Booking early at Vail is one of the best plays in all of skiing. 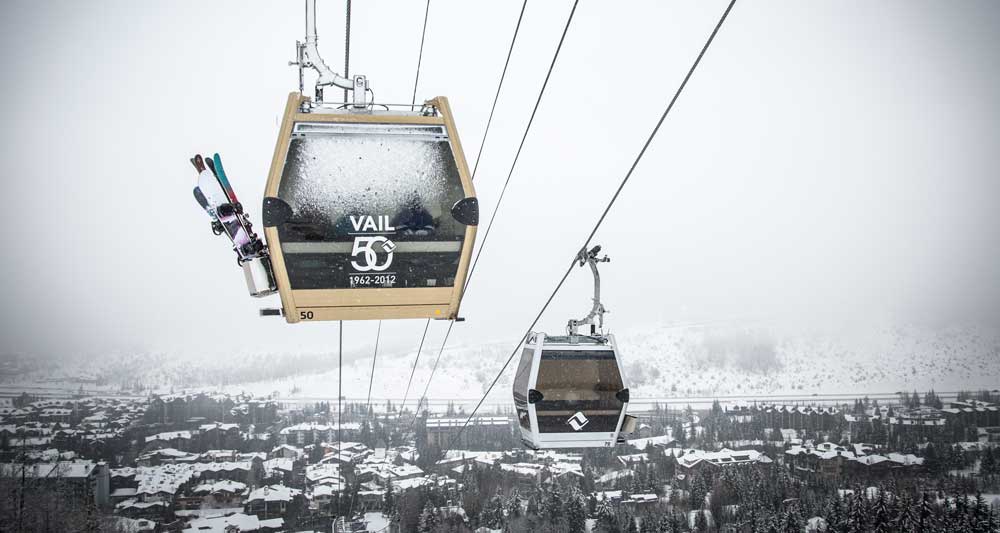 Vail can be cheaper - just get your planning going early.

Beaver Creek possesses as much on-mountain lodging as any other ski resort in Colorado, and its coveted spots go early. The best deals at this fabulous retreat often come in the form of packages or deals that are booked early on in the fall or even late summer.

Beaver Creek is an eminently popular spot for holidays. Spring break trips here are excellent, as the mountain superior snow preservation in the Colorado sun make it a favorite spot for ski vacationers throughout the country during March.

Beaver Creek has a reputation as a posh and expensive spot, but there are many tiers of lodging here that can yield well-priced trips when coupled with the advantages of Vail's Epic Pass.

These most affordable lodging options book up early, usually by November. Travelers have the choice of flying to Denver or to Vail-Eagle, which is actually closer to Beaver Creek then to Vail.

Some of the best deals are right in and around town, as the most expensive lodging is up against the mountain. But even ski-in, ski-out deals can be found when booking early.

Breckenridge skiers can get unlimited access with most versions of the Epic pass, which makes this a great cost-conscious pairing with a second trip to Vail, Beaver Creek or Park City, among others.

Flying in for ski trips to Breckenridge is usually done through Denver, as the Vail-Eagle airport is an hour away, which makes its added expense less attractive. Vail no longer publishes how many skiers each resort sees throughout the season, but experts estimate that Breckenridge is likely still the busiest ski resort in the United States in terms of total skier-days, which means it pays big to book early here.

Ski Resorts Where Booking A Ski Trip Early Is Important

Christopher Steiner is a New York Times Bestselling Author of two books, and the founder of ZRankings. Follow him on Twitter.