How We Got Here

The world became obsessed with data and its analysis, we figure, sometime around the 2008 U.S. presidential election. For people who stumbled upon Nate Silver's fivethirtyeight.com, the election became a curious contest of data and statistics versus the presumed wisdom of television anchors and newspaper columnists. Silver and his data were right on nearly all counts.

Politics was just the latest field to be affected by the data-statistics deluge. Baseball, of course, had already been thoroughly invaded by so-called Sabermetricians, who measured a player's worth not with the conventional stats from the backsides of baseball cards, but by arcane metrics that more accurately predicted success on the field. By 2008, Wall Street, too, was in complete revolution, its human traders rendered impotent against hordes of data-ingesting algorithms.

More and more fields, some of them seemingly out of the reach of automated sorting, such as wine, music and psychology, have seen assumptions and conventions by data and algorithms.

What we're trying to do at Zrankings is bring the truth of data to fields that would seem incompatible with such quantification. Ranking ski resorts by data isn't the pure science that grading Major-League level baseball players can be. One thousand acres of terrain, or 1,000 feet of vertical drop, can mean very different things in different places. Same goes for statistics that would seemingly translate well, like snowfall, for instance. Four hundred inches of snow can be fantastic. But we need to know: just how consistent is that snow? If the average is 400 inches, what's the standard deviation? How much better and, more importantly, how much worse, can things get than 400 inches? And just what is that snow made of? Is it usually dry and fluffy? Or can it often be wet and heavy? We investigate all of these things.

To measure the seemingly immeasurable, we've ingested gobs of historical weather data, and every last measurable detail on 220 North American resorts. From there, we've developed our own metrics and an algorithm that calculates what we call the Pure Awesomeness Factor. When you ski, whether you're looking for a family-friendly spot, the best snow, or the best mix of expert terrain and conditions, you're looking for Awesome. ZRankings helps you find Awesome better than anybody else.

Want to give us a shout? Do it at: PAF@zrankings.com

Meet The Team
Our Methods

The PAF algorithm began as a method we used to best determine what ski resorts most deserved to be called the best. The results of this first manifested in the Forbes Top 10 Ski Resorts List two years ago. We improved the algorithm last year and re-released the rankings. More people than ever read the list; more people, in fact, read it than any other resort ranking list on the web.

These newest rankings, our third set, reflect a big leap in both the data we sample and the ways our algorithm judges each factor. We went from displaying just the Top 10 -- we still do this, with more than 6,000 words of commentary and context, at Forbes -- to showing the scores at Zrankings.com for 221 resorts in North America, with complete rankings for the East, Midwest, West Coast, Canada and the Rockies, to go along with the overall rankings.

We pull in data on more than 20 categories to calculate each resort's PAF score, including: vertical drop, vertical continuity, snow quantity, snow quality, snow consistency, acreage, lift system, ease of access, town ambience, trail makeup, and our own experts' input (that smidge we talk about).

We do the same thing, with different inputs and weights, for scoring the top family resorts, top resorts for snow, top resorts for experts and the top resorts for luxury, leading us to a schematic of our algorithm that looks something like this, the ultimate payoff being, as always, the Pure Awesomeness Factor: 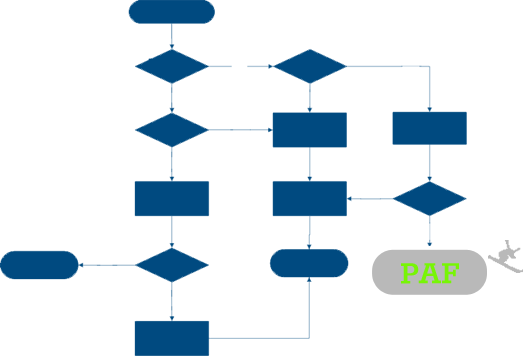 Know that you can weight certain factors yourself by using ZRankings' Perfect Ski Trip functionality. We've improved our methods each year we've done this. We expect and look forward to getting better still. The rankings are not perfect, but we do believe that we put more time against our rankings and system than anybody else, and we think it shows.

ZRankings added Canada to its rankings in late 2014, completing the total ranking of North America. We are working on adding Europe and possiblt Japan—but getting our inspector/writer/skiers to all of the necessary spots takes time!

Thank you for reading to the bottom of this page.

You can always reach us at: PAF@zrankings.com