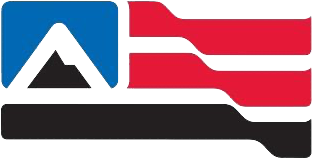 What matters when it comes to snow for January skiing:

January at Mount Snow, or any ski resort, for that matter, is the beginning of the 'safe bet' season. Booking a ski trip in December can be tricky, as even Utah's Cottonwood Canyons can be wanting for snow at that time of the year. But by January, most mountains have begun to fill in and booking a trip should be considered more of a sure thing.

January is also the time when ski resorts that possess large amounts of south-facing and east-facing terrain tend to be at their peak. The dark January days and low sun angles during this time in North America let areas such as Montana's Whitefish, which has a lot of south-facing terrain, ski at its best. The January sun isn't powerful enough, usually, to push the slopes into the kinds of freeze-thaw cycles that happen with regularity later in the season.

January is when the coldest winter storms typially happen, so this is when skiers will want to pack their mitts instead of gloves and their ski knickers in addition to their Gore-Tex pants. Coats that combine insulation and waterproof membranes—often too hot to wear in March–shine during January. This is the month to chase fluffy and chalky snow. To understand more of what makes a ski resort peak in January, consult our snow rankings page.

Crowds After the New Year's holiday and before MLK weekend is also a great time to ski for those looking to avoid crowds. It's often the quietest time of the year outside of early and mid-December.