ZRankings has tracked the forecasted snowfalls across ski mountains in Oregon for the next 10 days. We have also totaled up what has already fallen in all of those places during the preceding 10 days. Putting those two things together—new snow on the ground and near-term snow that will fall—gives the best picture of where skiers and riders should expect the best conditions in the short term. See the top two graphs below for this vital information, which is updated daily.

Below that, we dive into the nitty gritty historical snowfall data across Oregon's ski resorts, along with the geography and physical traits of each mountain—elevation, aspect, and latitude—to address which mountains are the best bets, year after year, for good snow conditions. The best mountains in Oregon attract some of the highest snow totals in the world, on average. Yes, some of those storms are warm and it can rain in the winter, but there's plenty of cold snow, too, here in the Pacific Northwest.

So check this page often, don your Gore-Tex and prepare to rip.

Like all mountains, locals know this one best. But understanding the nuances of Bachelor require years spent learning how it skis in different months, in different weather, when there has been snow, sun or freezing temperaturs. The array of aspects that come off of the cone-shaped mountain—it's a volcano, you know–are unlike anything else in North America. And as a magnet and preserver of snow, Bachelor excels, especially for the Pacific Northwest. The mountain receives an average of 383" of snow every winter season and the threat of drought is realtively low, although higher than mountains further north in the Cascades of Washington. But what Bachelor has that those places don't is elevation. The base its at 5,700 feet mand the top peaks at 9,065 feet, quite high for a mountain at this latitude. Consider, for instance, that those base and top elevations are roughly equal to those at Squaw Valley, except Bachelor is 400 miles farther north. A quarter of the mountain's winter months bring more than 90" of snow, and 15% of winter days bring more than six inches. The mountain averages having 90% of its terrain open at Christmas—rare air. In addition, 55% of the mountain faces north, an outstanding ratio that helps make Bachelor the clear stalwart for snow in the state of Oregon.

Not a ski hill that many people have heard of, Anthony Lakes sits out in Eastern Oregon, in a much different kind of climate than mountains closer to the Pacific Coast. Anthony Lakes has a high base elevation for Oregon, at 7,100 feet, and 43% of its terrain faces north, which helps preserve the 300 inches of snow that fall here on average. It's still the Pacific Northwest, so storms can be warm and wet, but it's colder and dryer than mountains further west, so it's kind of a cross of the Rockies and the coastal ranges, giving it a solid snow profile.

On the south flank of Mt. Hood, Timberline is most famous for its above-tree-line glacier skiing and its Lodge, which was built by the WPA in the 1930s during the Great Depression and remains one of the great mountain buildings in North America to this day. To go along with that wonderful building, the ski area also receives 450" of snow, much of it arriving two to four feet at a time. The ski area is usually 100% open by Christmas. The altitude of the ski area is far below that of Mt. Hood's 11,240-foot summit, with a base of 4,850 feet and a top elevation of 8,540 feet, giving it a vertical drop of nearly 3,700 feet. The overwhelming southern exposure of the ski resort (80% of slopes) means that the freeze-thaw cycle is one that persists all season if it hasn't snowed quite recently. It does snow quite often, however, as 34% of winter months bring more than 90" of snow and only 12% of them bring less than 30". 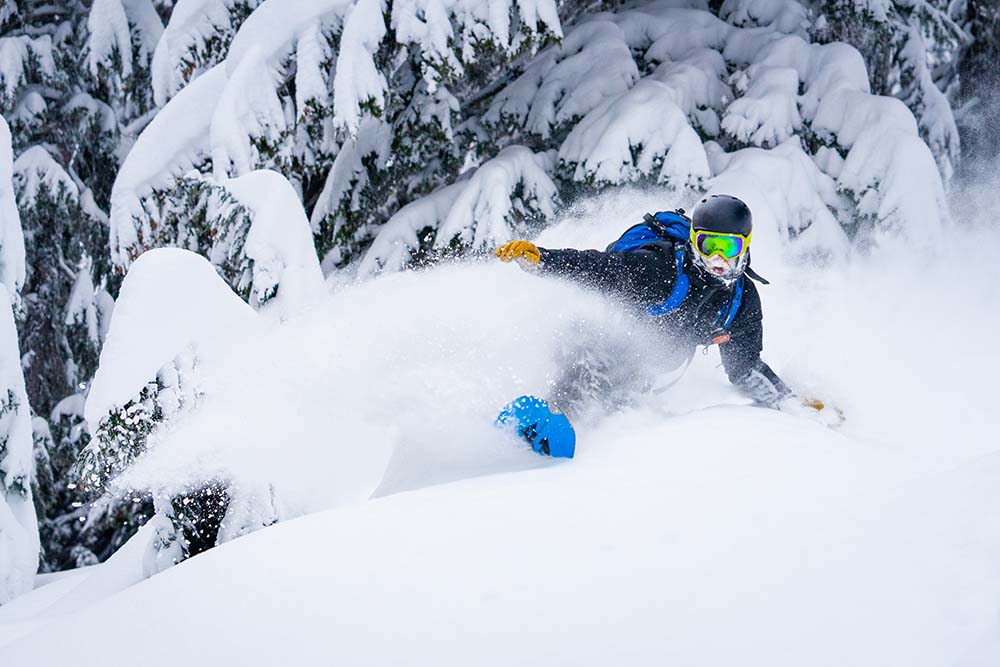 Mt. Bachelor can be a ready source of snow-derived happiness. Credit: Ben Kitching

In addition to having a wonderful name, Hoodoo also gets a ton of snow: 375" per winter season. It's fairly dependable, too, as only 15% of winter months come in at less than 30" while a quarter of them register more than 90". About 35% of the ski mountain faces north, and these are the slopes skiers want to stay on for much of the season, unless there is fresh snow. The 45% of the ski hill that faces east will be most vulnerable to freeze-thaw cycles, as these slopes catch the sun first thing in the morning. The base elevation of 4,669 feet isn't high and it isn't low, but the peak of 5,700 is modest for Oregon, which doesn't help snow preservation. Ski this place after big snowfalls in December and January.

Mt. Ashland, located in a remote stretch of central Oregon near the California border, receives a respectable 285 inches of snow per year. The mountain does a good job perserving the snow it gets, as 55% of its slopes face north. It has a moderate standard deviation, so drought here isn't as big of a threat as it can be in California, which isn't far away. About 12% of days bring more than six inches of snow in the winter, and 9% of months bring in bumper crops of more than 90", with 22% of months brining less than 30 inches. The elevations are moderate for the latitude, with a base of 6,350 feet and a peak of 7,500.

Spout Springs is currently closed (but it's for sale, if you're looking for a ski resort in the interior of Oregon). This side of the state gets steadier and drier snow than ranges closer to the ocean. That said, Spout's terrain is slightly low for an interior PNW mountain, with a base of 4,890 feet and a low peak of 5,500 feet. Its terrain faces fully west, which leads to a faster degrading of the 200 inches of average snowfall here than most mountains.

In central Oregon near the California border, Warner Canyon receives low amounts of snowfall compared to most Western mountains, at about 150 inches per season. The elevation for this latitude is a touch low, with a 5,700-foot base and a modest rise of only 780 feet to the top of the lift-serviced terrain. This isn't a place to generally hunt for powder, as 90-inch months don't ever happen here; months with less than 30 inches of snow are common, about 60%. Sixty percent of the terrain faces north, which helps with preservation overall. 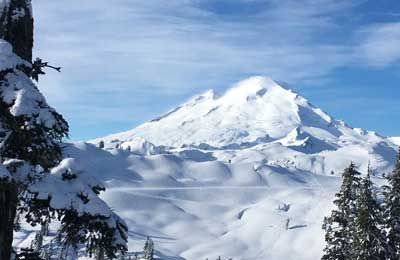 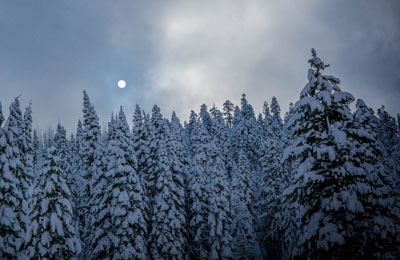