Ikon Pass
THE
LOW
DOWN
Palisades Tahoe Key Knowledge: Palisades has the best terrain of any ski resort in the Tahoe area. The resort is vast, with a rich mix of lifts that can get skiers up the mountain via a variety of paths. The base area has undergone a sea change during the last decade, and swanky lodging is easy to find. But skiers can still go ski-bum style here, in deference to where the roots of this place remain: in the Palisades, the resort's namesake terrain, with the big air huckers.

Lodging at Palisades Tahoe is already 50%-60% booked out for peak periods this winter.

Palisades Tahoe is ranked No. 79 in North America for its total snowfall during an average season.

33.2%
*Special thanks to Tony Crocker and Bestsnow.net.

Palisades Tahoe is ranked No. 79 in North America for its total snowfall during an average season. 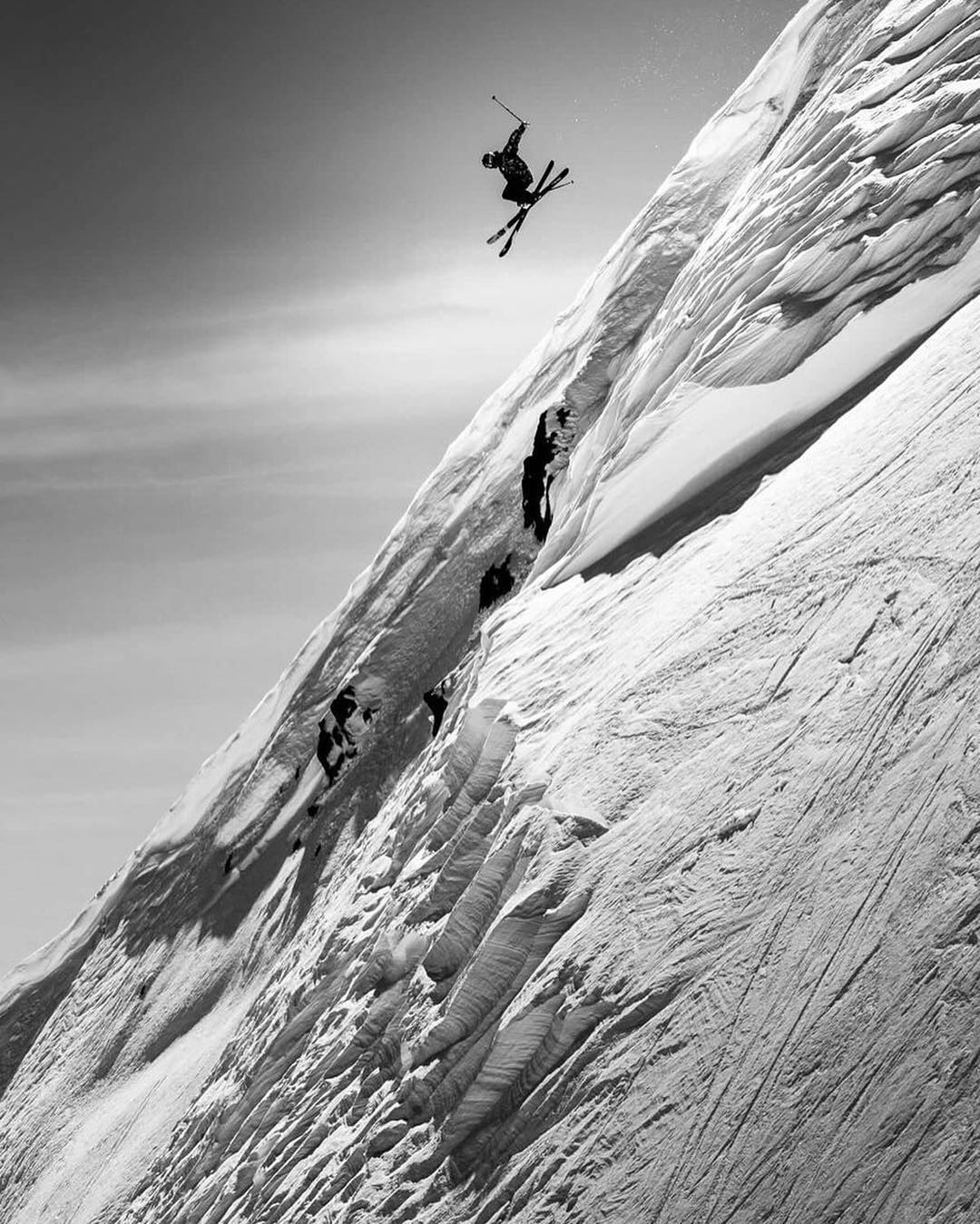 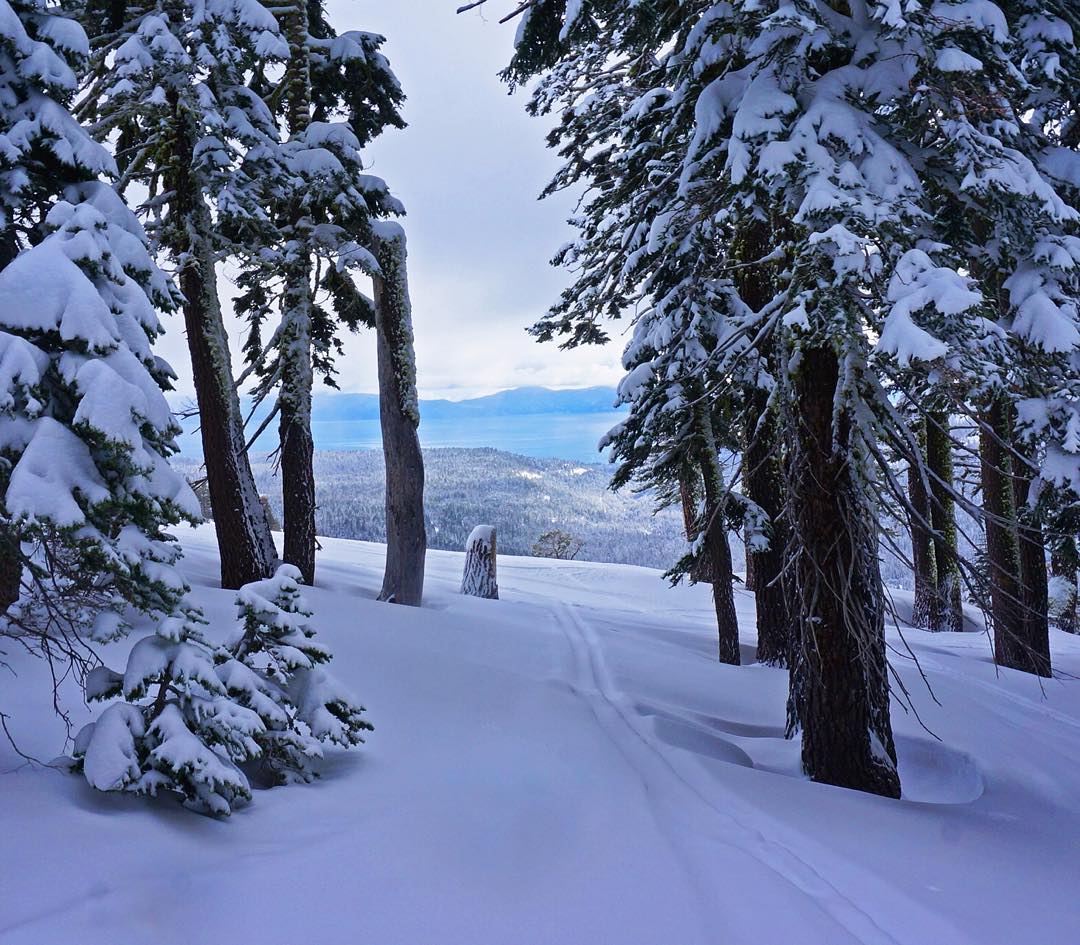 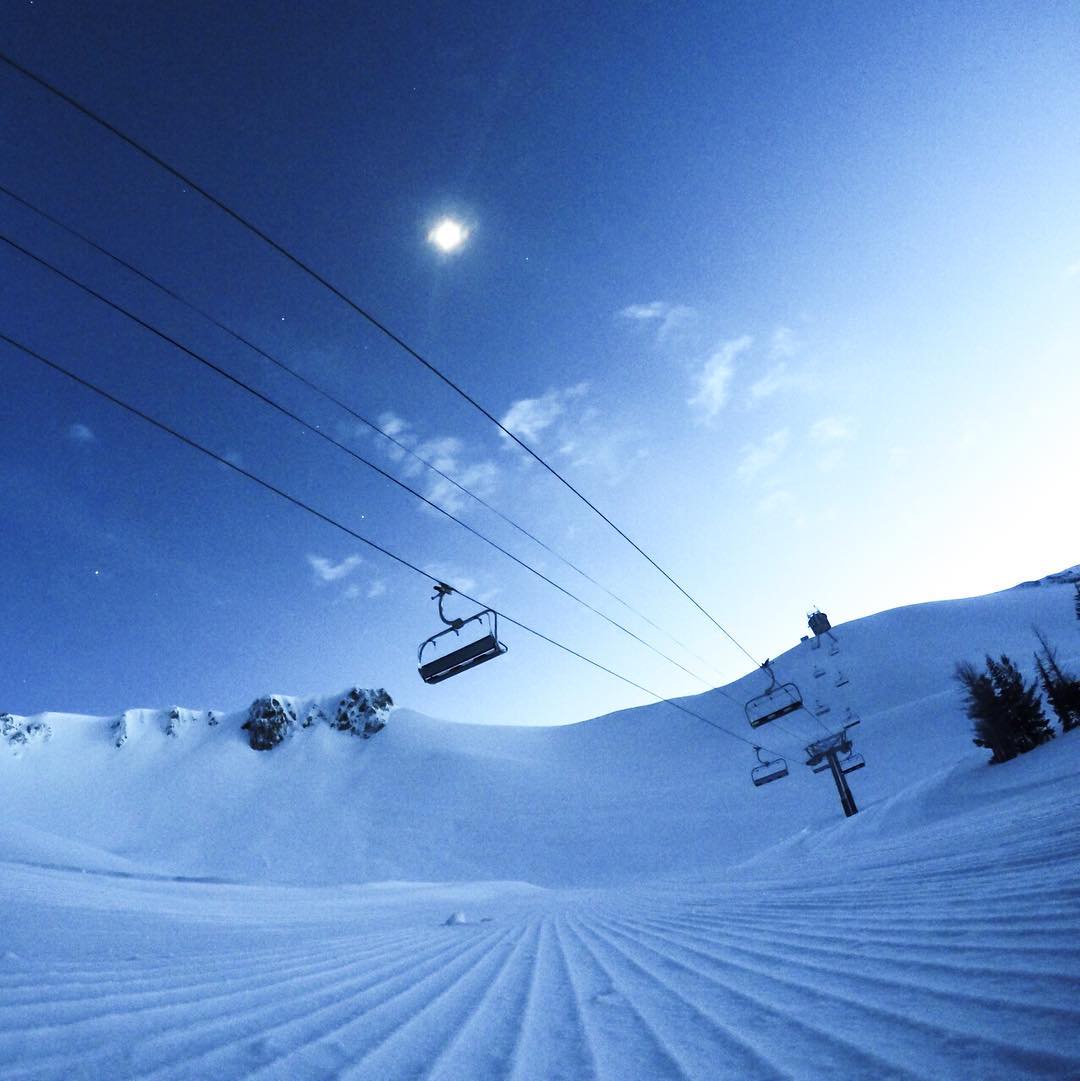 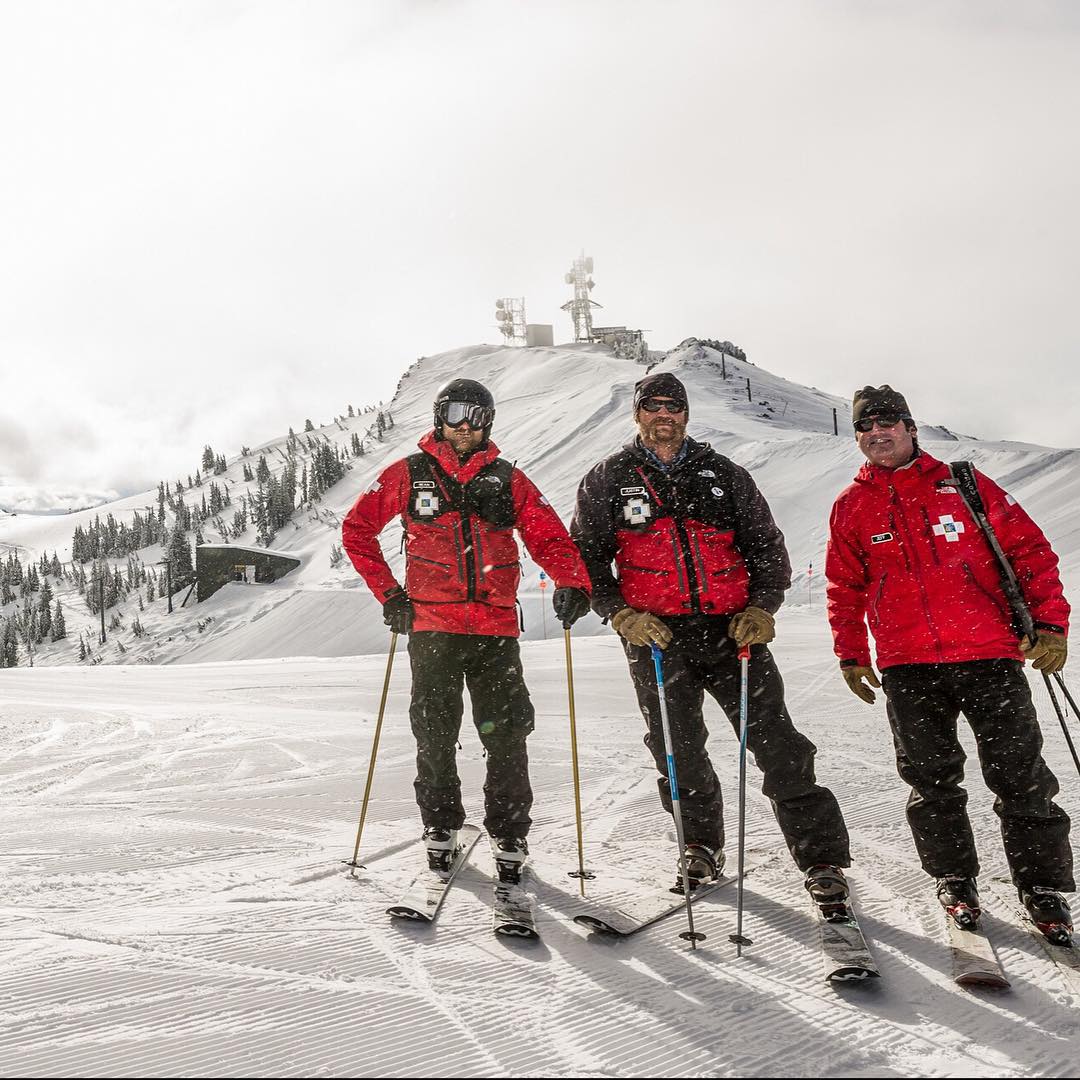 "My first day was terrifying and exciting all at the same time. We were on a ridgeline very prone to howling winds. We're screaming to talk each other. It's gusting about 90 miles an hour. Absolutely zero visibility. I thought, Oh my God. Here we go." - Lel Tone, 20-year Veteran Ski Patroller. We are forever grateful for this group of men and women. #squawvalley #alpinemeadows 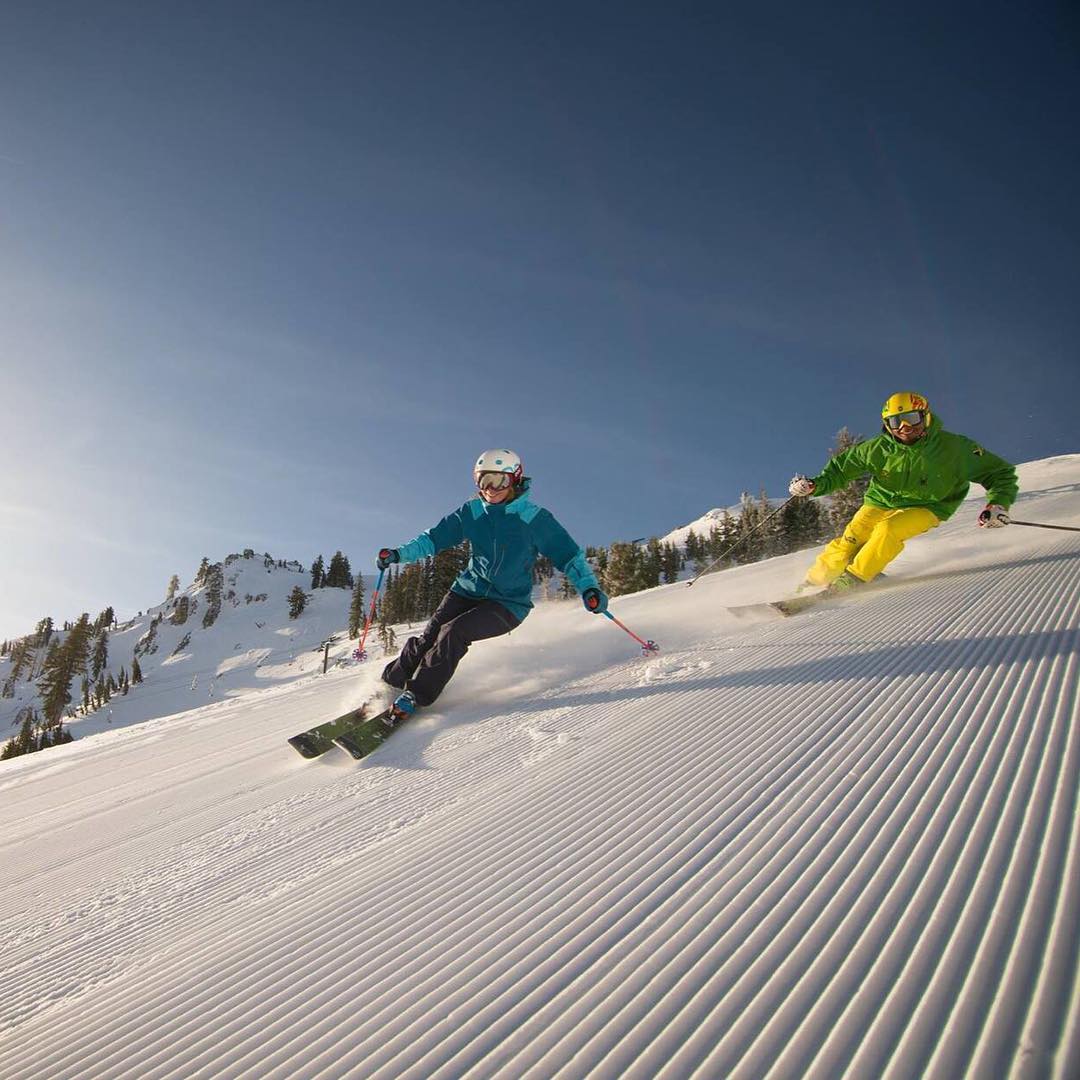 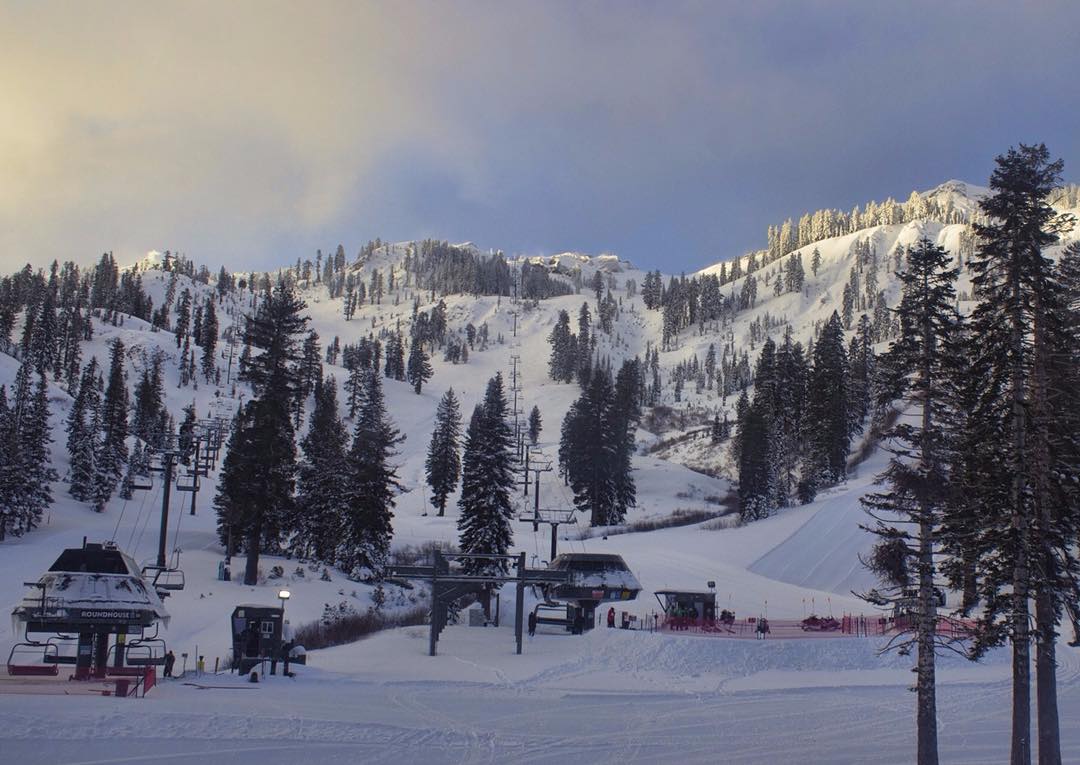 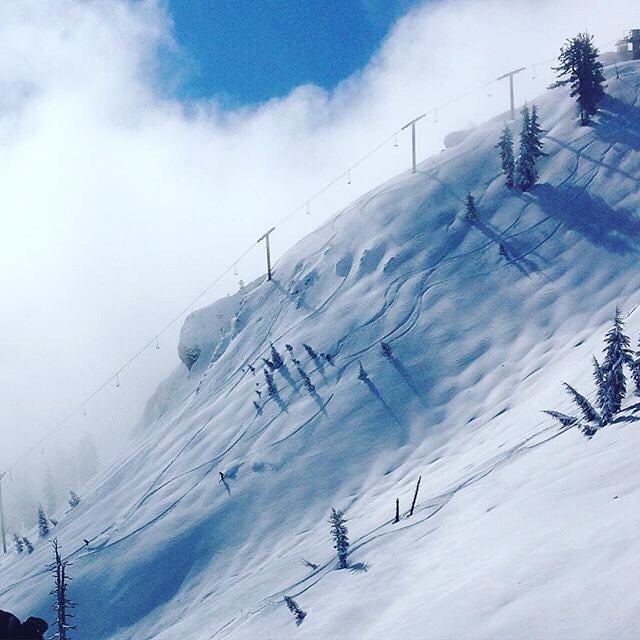 Powder days aren't just for winter. They're for spring days too. Congrats to @rickygeeedit for winning last week's #springskiingcapital contest and scoring a @gopro and @oakley goggles. Keep submitting every week for another chance to win. 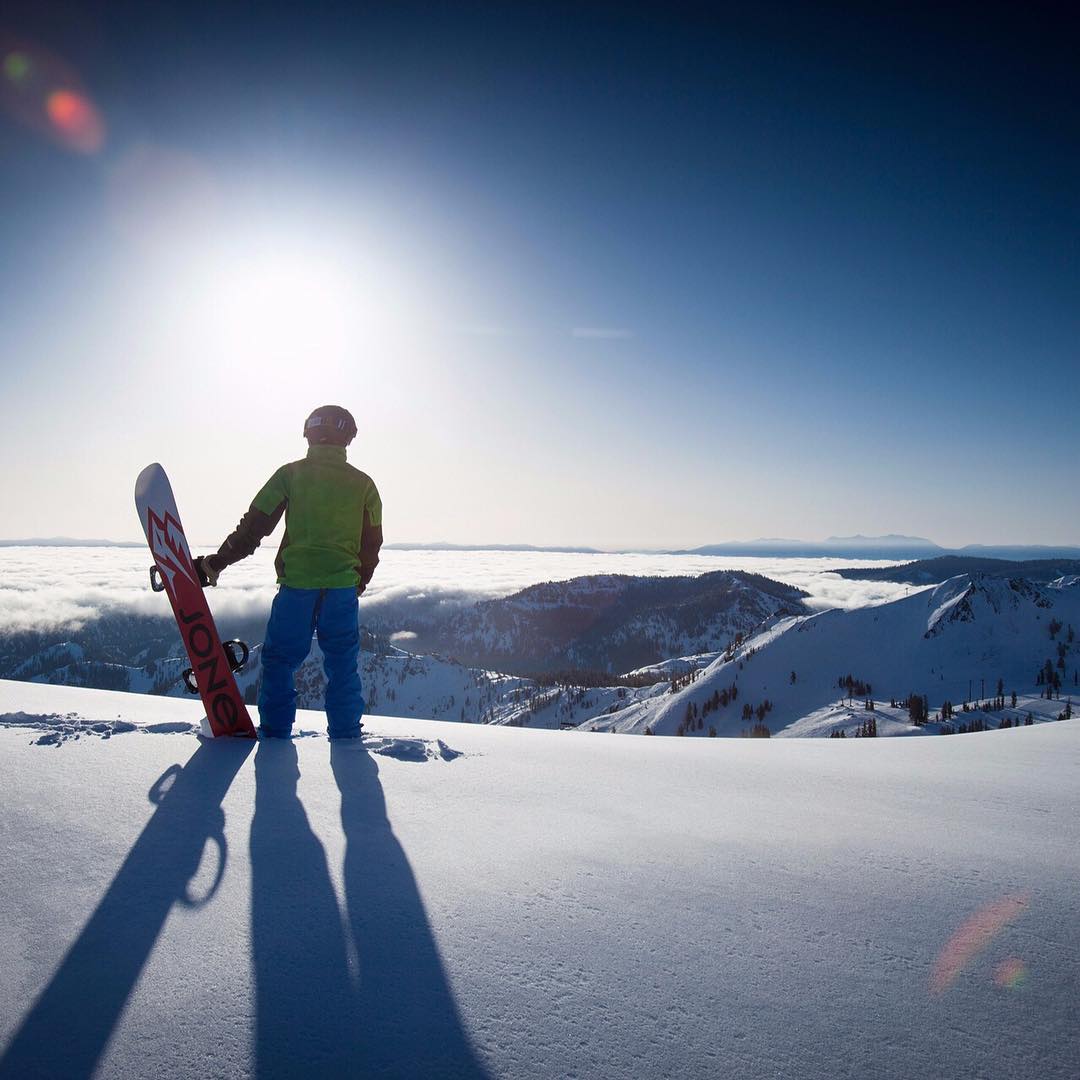 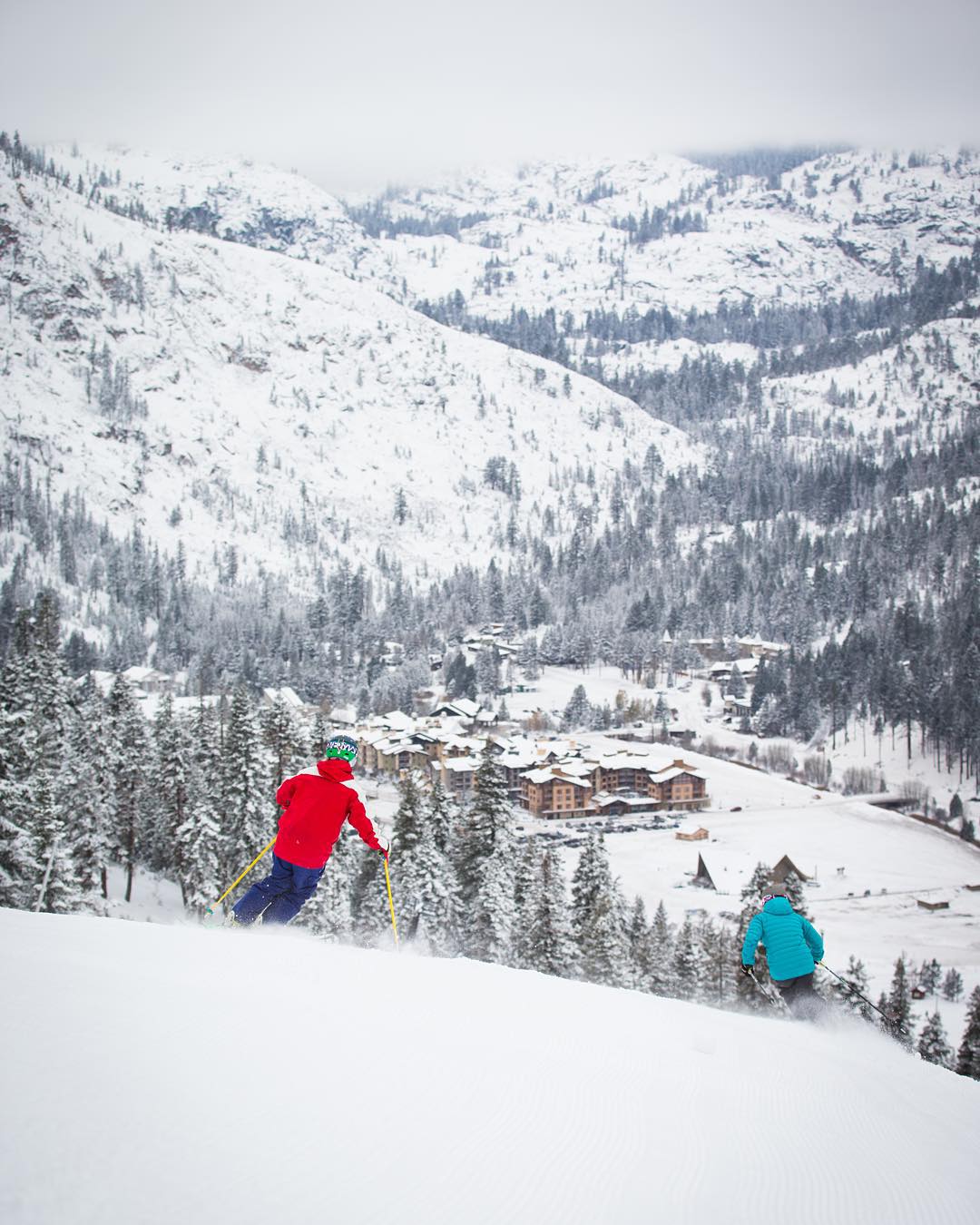 There's a lot to be thankful for today...17" storm total and MORE TERRAIN opening! We're skiing top to bottom tomorrow at #squawvalley on Mountain Run in addition to Roundhouse at #alpinemeadows AND...Shirley Lake is opening Saturday. Thanks Ma Nature! 📸 from 11/26 by @skicamguy #thankfulthoughts #happythanksgiving 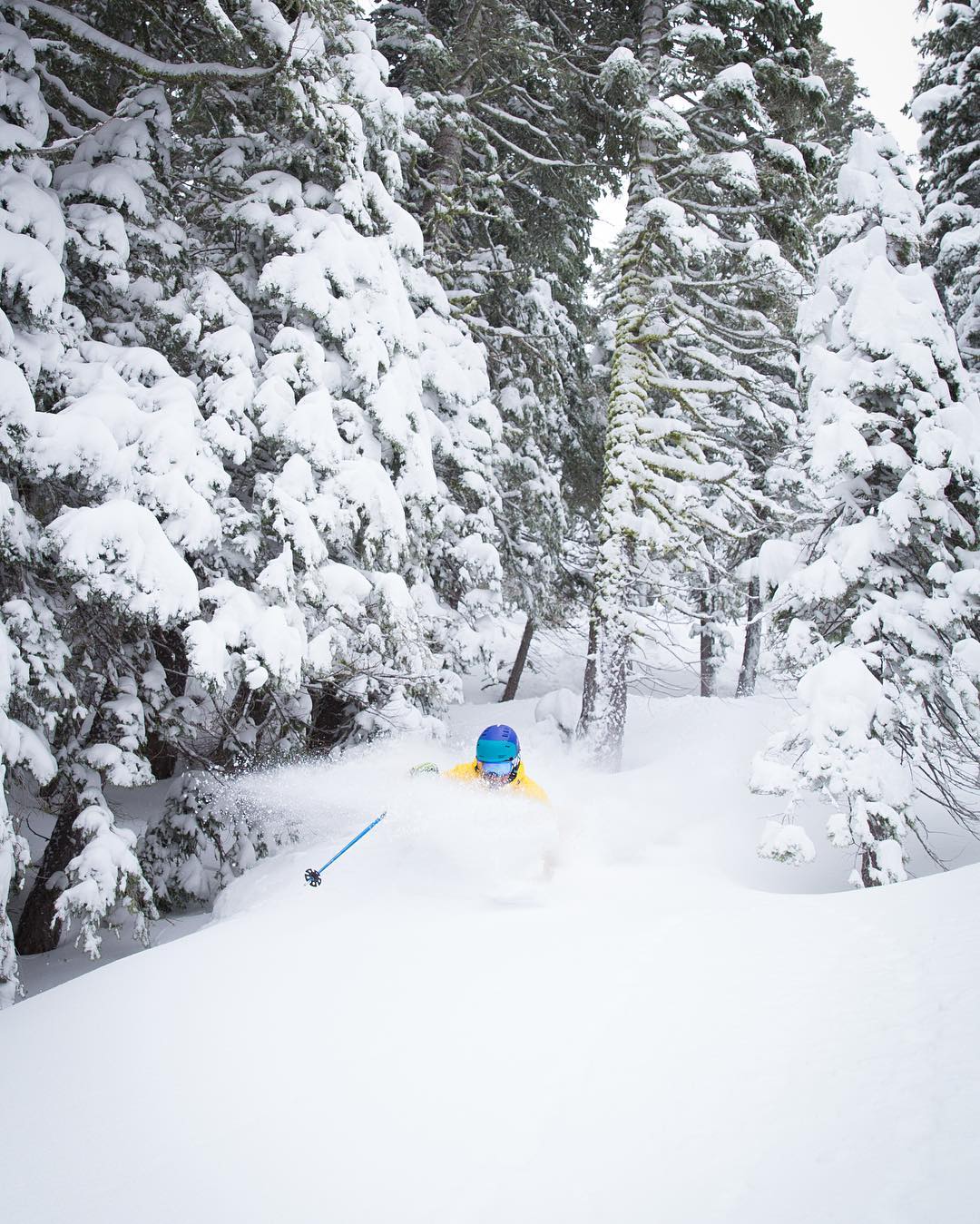 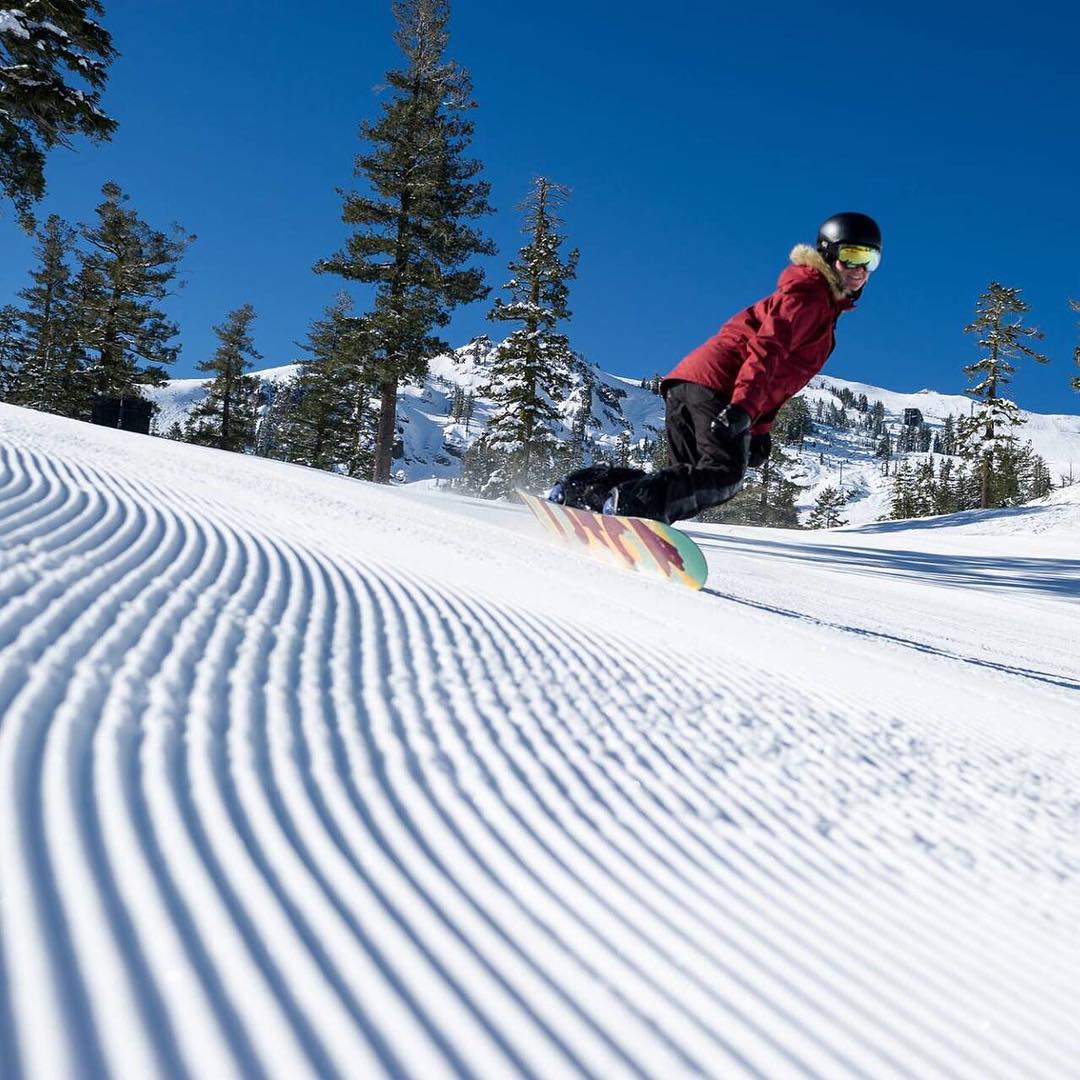 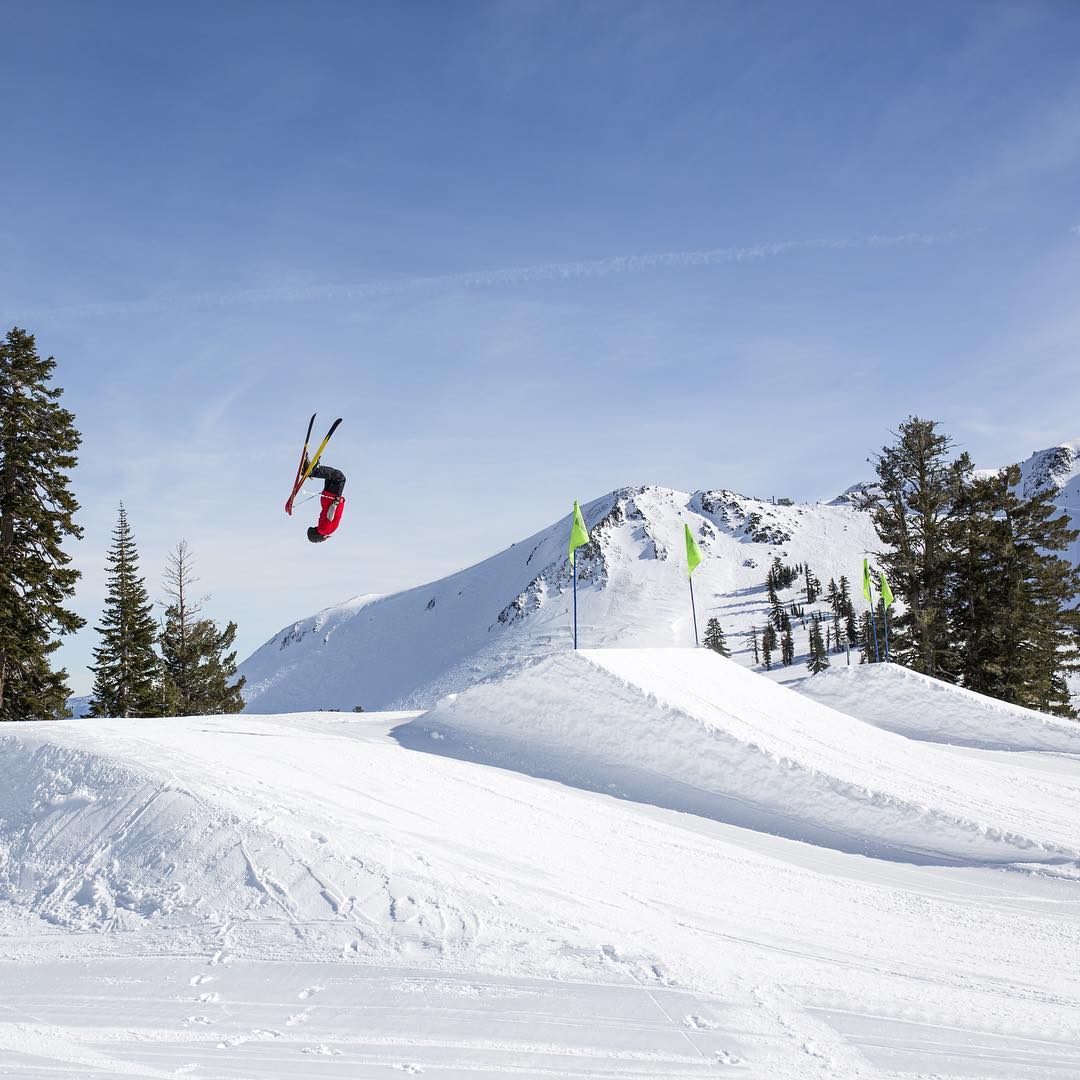 The Skiing at Palisades Tahoe

The ridge that runs from Granite Chief to Squaw Peak includes dozens of chutes, crannies and steep pitches that will keep any steeps addict happy for several days. The skiing off of KT-22, far to skier’s right, also includes plenty of cliff bands, drops and bowl skiing. Squaw Valley’s terrain is the best of any of the West Coast ski areas.

There are plenty of blue runs for intermediates and people not looking to scare themselves, although most of San Francisco has made arrangements to congregate on these runs on Saturdays and Sunday mornings.

The lift system at Squaw Valley is the most interesting of any U.S. mountain, with a full-size tram and a funitel, which is a type of gondola that runs on two cables instead of one, allowing it to run faster and in wind conditions that can shut down most other lifts. It is the only funitel in the United States. On top of these two stalwart people movers, Squaw has a bevy of fast, detachable chairlifts and even some fixed-grip triples for good measure.

Interesting factoid of the day: Squaw Valley hosted the 1960 Winter Olympics. Despite that, the village at Squaw has only begun to burgeon during the last decade, adding top-end condos and hotels along with the requisite Starbucks—and on the mountain, the first and only ski-in, ski-out Starbucks in the world. But Squaw’s village has a long way to go to compare well with some of the stalwarts in the Rockies. The Town of Truckee, with a legitimate Western main street, is 20 minutes away, but lodging isn’t as thick as you might expect in town, so getting that ski town experience is possible, but it’s not optimized like other towns that truly grew up around skiing.

A few words on the Snow at Palisades Tahoe

Squaw Valley is the poster child of Sierra snow volatility. 15.7% of winter days see 6 inches or more of snow and 30% of winter months see 90 inches or more, but 36% of winter months see less than 30 inches. In the big years extreme terrain than would never be skiable on most mountains is well covered at Squaw. In the lean years skiable terrain can be quite restricted, particularly in lower sectors farther from the Sierra Crest. Those lower sectors can also get rain due to the lowest base elevation at Tahoe. Sierra average snow density of 12% is not the blower of the Rockies but easily managed on modern fat rockered skis.

ith its steep terrain and erratic snowfall Squaw averages 2/3 open at Christmas. The top third of seasons have a holiday base of 6+ feet with most of the steep terrain skiable. In the worst third of seasons Squaw is no more than 1/3 open at Christmas and in the worst 10% it is less than 10% open. Despite relatively low elevation, Squaw skis very well on most spring days. Half the area faces north, and most of the rest faces east and can be timed for mid-morning sun. The late season often runs until Memorial Day with tram access to some of the upper lifts.

ZRankings & Ski.com have lodging/lift packages up to 40% off for Palisades Tahoe