The best places at Smugglers Notch are booking out!

11.2%
*Special thanks to Tony Crocker and Bestsnow.net. 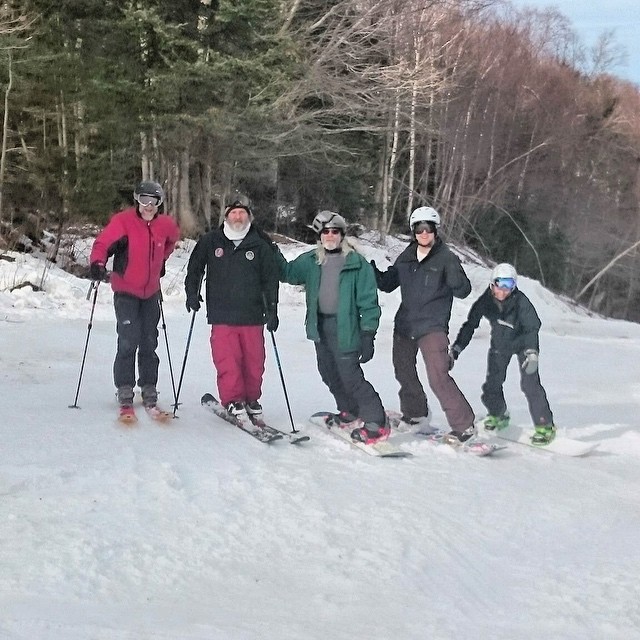 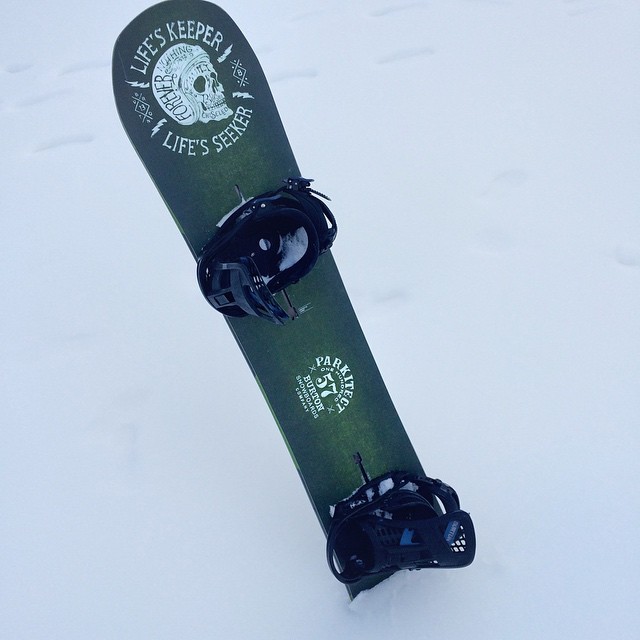 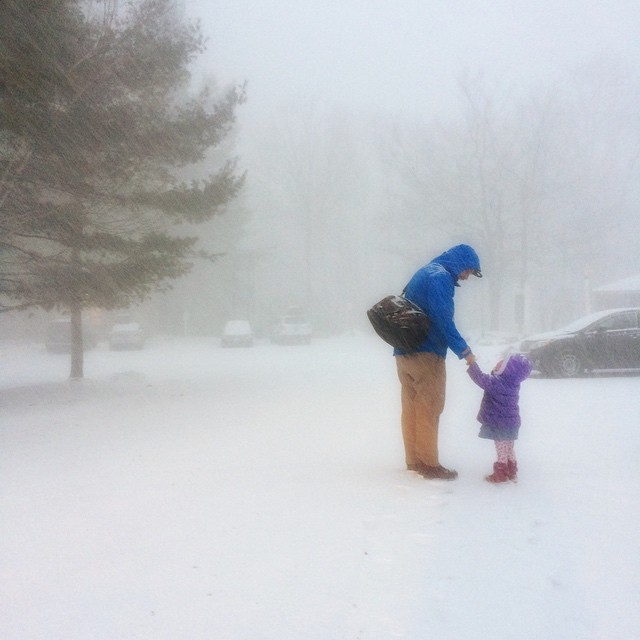 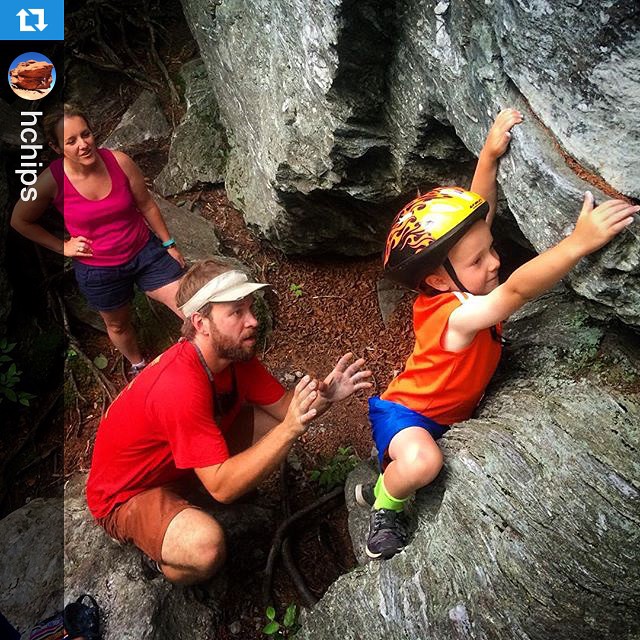 We spotted this shot from @hchips showing one of @arbortrek's finest helping this little one safely enjoy himself up in the Notch! #smuggler #beasmuggler #smuggslove #smugglersnotch #safetyfirst 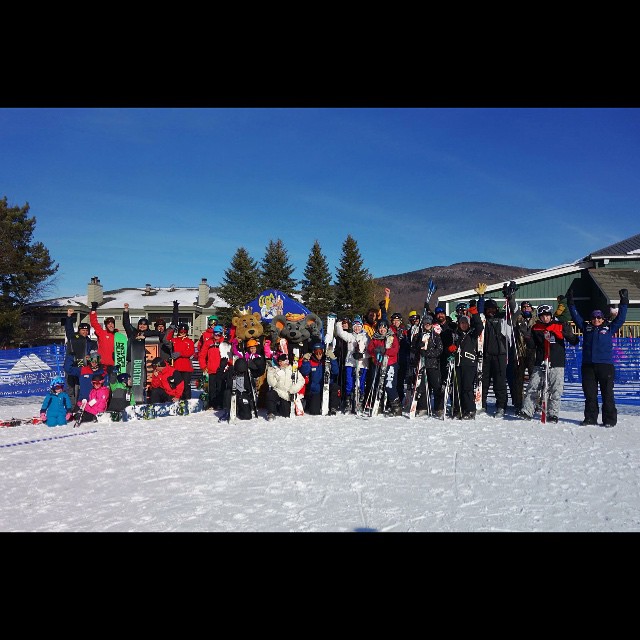 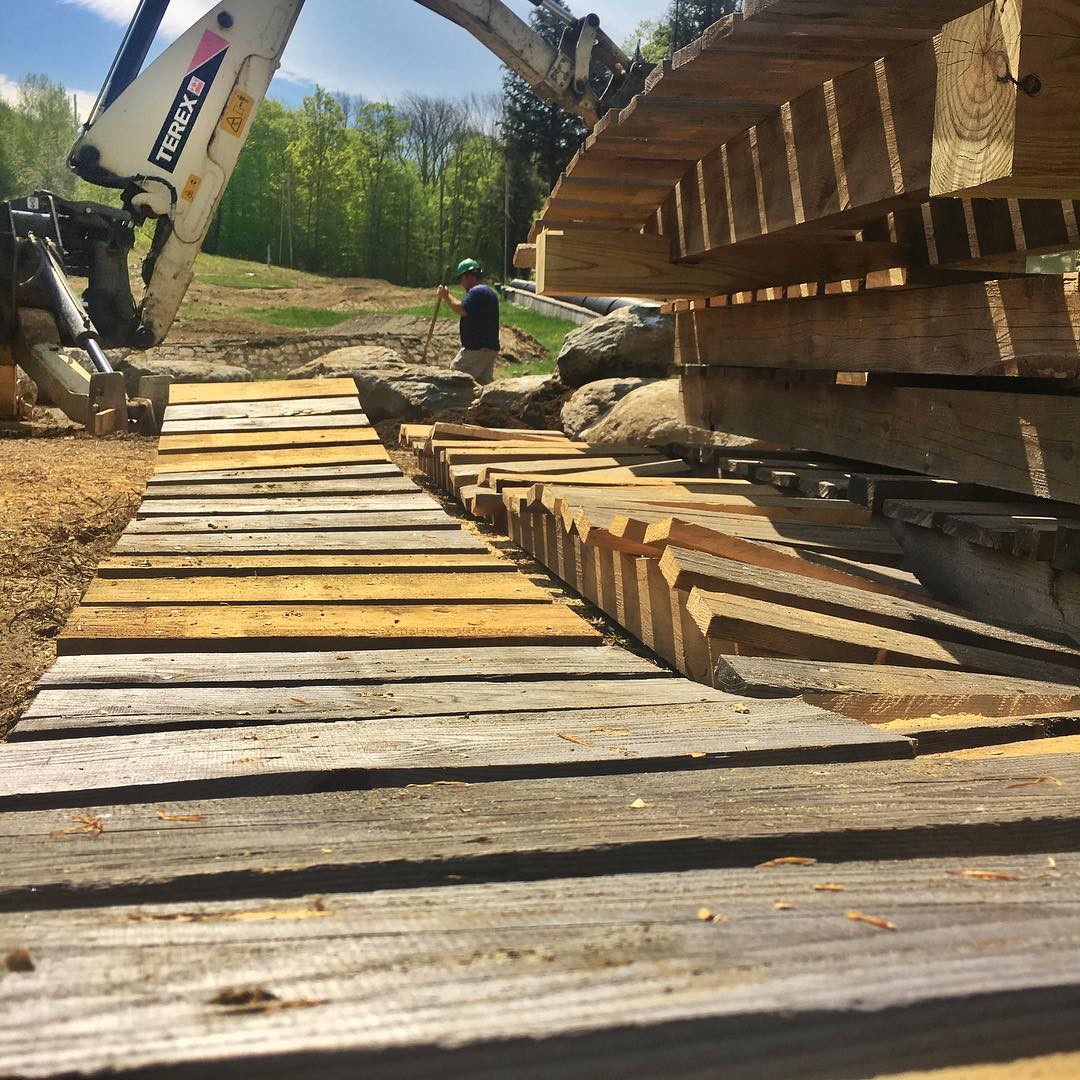 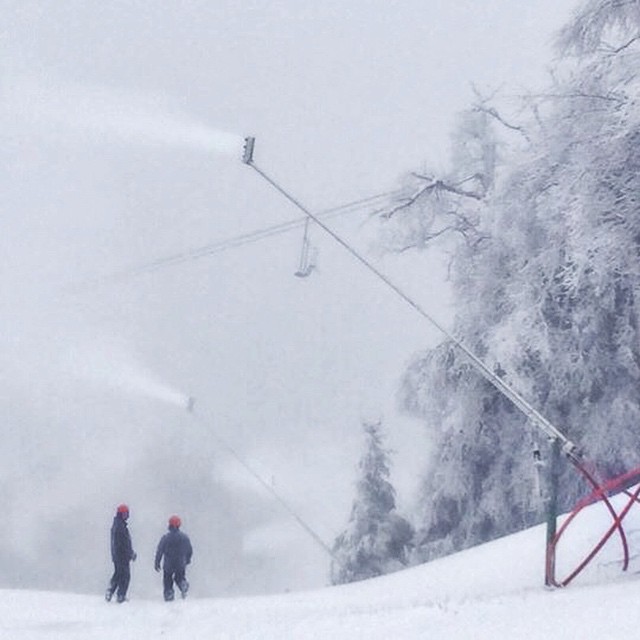 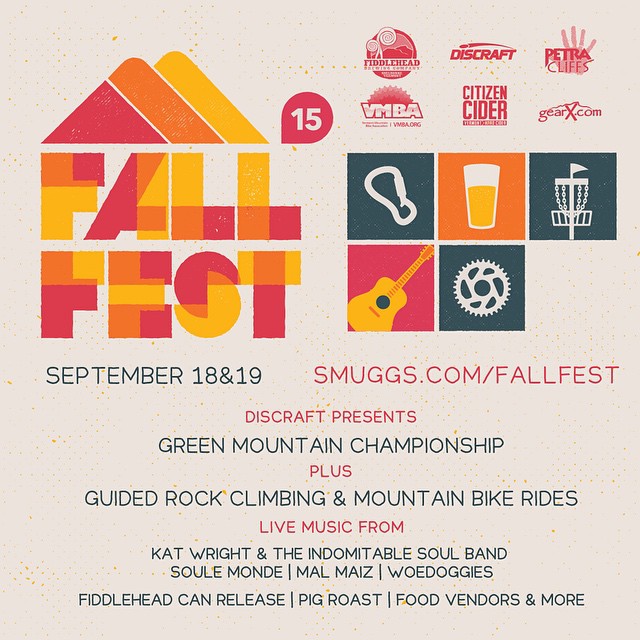 You won't want to miss out on this awesome time!! Follow the link in our profile for more info! #smuggslove #fallfest #music #beer #discgolf #mtb #rockclimbing #partyalllife 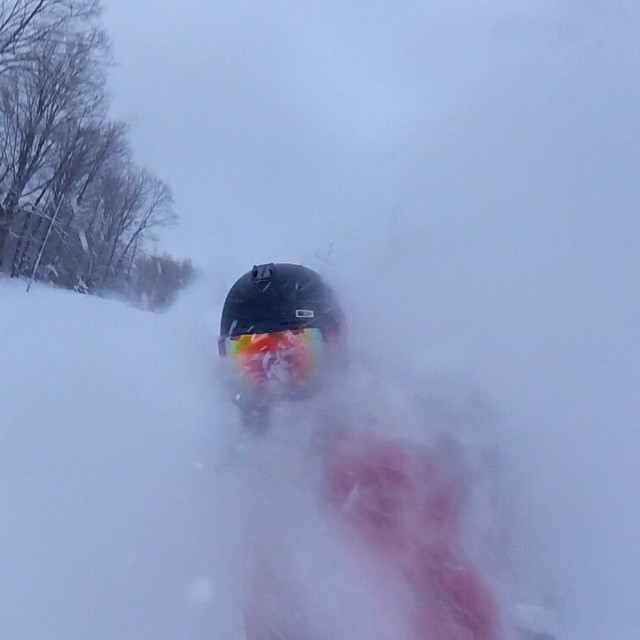 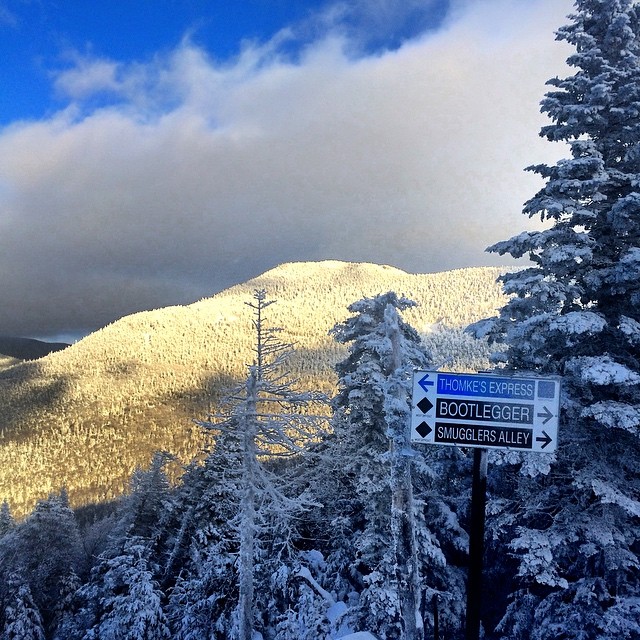 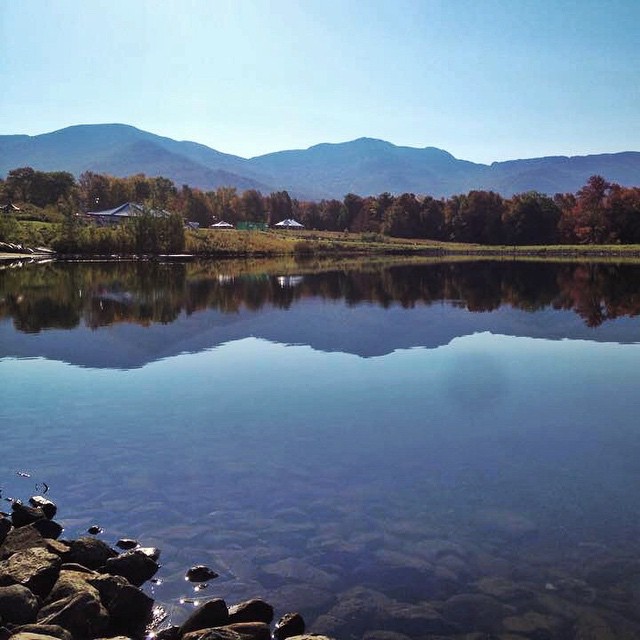 This weekend's weather looks great! Join us amongst the foliage tomorrow for a great cause and support the American Cancer Society. The Relay for Life runs from 12-8pm and will be great fun with music, food, games, vendors, and a human foos ball tournament! For more info, see the link in our profile. No one fights alone! 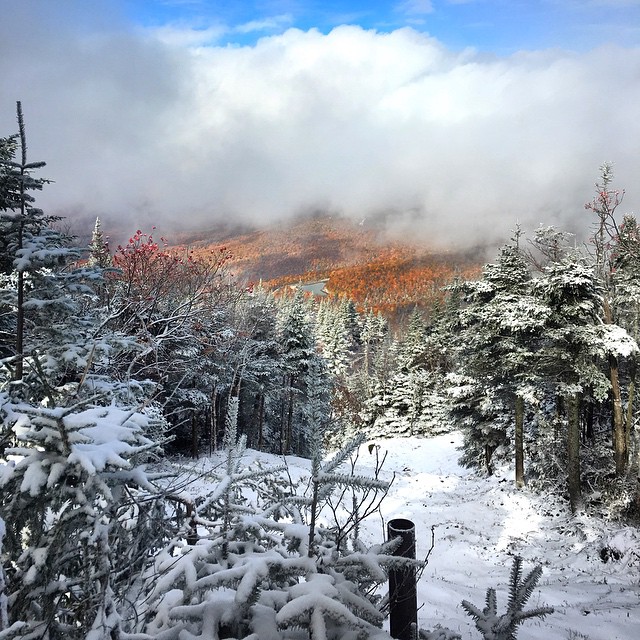 The name Smugglers’ Notch—also the moniker bestowed to a nearby mountain pass—is attributed to the War of 1812 when the fledgling American government, at war with Great Britain, enacted an embargo against British goods. The embargo crippled the economy of northern Vermont, which depended on trade with Quebec. The pass by necessity then became something of a staging place for smugglers moving goods to and fro the British territory to the north. If we awarded points simply on resort names, Smugglers’ Notch would rank No. 1.

Smugglers’ has plenty of other qualities, though, including the most acreage of any east coast resort, with nearly 1,000 acres spread across the Green Mountains. The resort consists of three peak areas (Morse, Madonna, and Sterling Mountains) that converge into two base villages. Morse Mountain is the lowest of the three peaks topping out at 2,250 ft. All of Smugglers’ Notch’s beginners’ area is on Morse as it has the least vertical with the gentlest slopes. If travelling with young children, this is great because none of the advanced or even intermediate terrain funnels into Morse’s terrain, so you’re able to avoid most of the bad skiers who think they’re good and ski and Mach 4.

Madonna Mountain (3,640 ft.) and Sterling Mountain (3,040 ft.) contain all of the expert terrain as well as most of Smugglers’ intermediate terrain. The top of Madonna contains some of the east’s most challenging runs with the triple black diamond rated “The Black Hole.” And like most New England resorts, the glades provide plenty of challenge when there’s enough snow to fill them up. The lifts are modern at Smugglers’ Notch so lift lines don’t get too gnarly.

Jeffersonville is small with a permanent population of 560 residents so don’t count on finding much in the way of an all-night rager. Jeffersonville is a quiet place but extremely quaint and charming. It’s a great place to get away from it all. On mountain fun consists of the usual bar and pub fare. Smugglers’ Notch ranks highly for families as there are plenty of options for toddlers with through teenagers.

Because it’s such an anomaly in the world of ski resort lodging, you should check out Smugglers’ Notch Inn, a restored 1790 guest lodge. The proprietors, we hear, aren't averse to contraband maple syrup from Quebec, so bring it if you've got it.


A few words on the Snow at Smugglers' Notch Resort


Smuggler's Notch is the second highest snowfall area in the East. At Smuggs 13.8% of winter days see 6 inches or more of snow, 8% of winter months see 90 inches or more, and 11% of months see less than 30 inches. This is above average snow frequency among North American ski areas. The key risk to snow conditions everywhere in the East is not drought but rain. The rain is often followed by hard freezes that can close advanced or ungroomed terrain. This is a minor issue for the locals, who can sit out the wet weather and wait for improvement. It does, however, make planning a trip over a week in advance more of a gamble. Powder in northern Vermont is often excellent, closer to the Rockies in quality than to the heavier snow of the West Coast.

Smuggs' snow accumulation is similar to Jay, likely averaging about 70% open at New Year's with about 30% of seasons being less than half open by New Year's. Smuggler's Notch is on the windward side of Vermont's highest peak Mt. Mansfield, so wind is likely to strip the snow from trails and blow it into the woods. The natural snow depth in the northern Vermont trees is generally adequate from mid-January to late March. By eastern standards, Smuggs' snow preservation should be above average.

ZRankings & Ski.com have lodging/lift packages up to 40% off for Smugglers Notch