Best Time To Ski Kirkwood For Smaller Crowds: Since Kirkwood is kind of out in the middle of nowhere and has a decent amount of advanced terrain, it doesn’t get the crowds that some of the other big-name resorts do. Lift lines are simply rare at Kirkwood, unless skiers are waiting on avalanche control on a powder day for first tracks.

However, despite it being off the beaten path, any of the Tahoe resorts are best to visit midweek, nonholiday (and cheaper). Early April is also a good time to ski as you have a better chance of making it there after the season’s major storms.

Cheapest Time To Ski Kirkwood: As part of Vail Resorts’ portfolio, Kirkwood is on the Epic Pass along with Heavenly and Northstar in North Lake Tahoe. Like its fellow resorts, an Epic Day Pass rate to Kirkwood varies throughout the season and so you’re likely to get the best rate if you buy it before the resort opens. As of September 1, an adult Epic Day Pass costs $106 nonholiday/$125 holiday, but these rates are likely to go up tenfold after the mountain opens or the later you wait to buy.

Kirkwood/Vail Resorts doesn’t really offer any daily lift ticket deals, but sometimes they partner with the Tahoe SAFE Alliance or the Sierra Avalanche Center in mid-January to sell a limited number of $129 lift tickets (at that time of the season an Epic Day Pass usually costs around $150). However, they sell out fast- if they’re even offered- so if you plan on skiing at least six days this season then it’s best to just buy a season pass and get access to Heavenly, Northstar, and some mountains outside of the Tahoe Sierra that you can visit throughout the rest of the season as well.

For lodging, Kirkwood rates tend to be less than at other mainline Tahoe resorts, but there isn't as much inventory. Those planning a trip, therefore, should look to book earlier.

Best Time To Fly To Kirkwood: The closest major airports to Kirkwood are the Reno/Tahoe International Airport (about 80 miles away) and the Sacramento International Airport (west of the ski resort via Highway 50 that’s 110 miles away). Southwest Airlines has a lot of flights going in and out daily from both airports and has one-way flights starting at $69. From the Reno-Tahoe airport, the best time to take advantage of the $69 deal is Tuesdays and Wednesdays in December and even Saturdays in January and February- which is a great time to fly because you don’t want to be skiing on a Saturday anyways.

If you are flying in from Southern California, it is probably cheaper to fly into Sacramento and drive up; one-way flights from LAX to Sacramento are $49 midweek January through March with weekend rates being $69. That’s cheaper than gas, and faster.

Best Time To Ski Kirkwood For Snow: Kirkwood is a large sprawling ski resort with lots of cliffs, crevices, natural features, and backcountry terrain that is best explored when Mother Nature dumps a bunch of snow on the ground. And fortunately for Kirkwood, it has the elevation and tree-protected slopes that keeps powder around longer. Therefore, the best time to ski Kirkwood is in March after a few storms have given the resort a decent snow base and there’s a better chance for more snow to come.

That said, Kirkwood has the best snow in Lake Tahoe on a consistent basis because of it relatively high base area (8,200), and its preponderance of north-facing terrain (65%). So those who are searching out Sierra powder are better going here than just about anywhere. Unlike other resorts in the area, Kirkwood preserves snow well into the spring, where other Tahoe mountains have gone mushy. 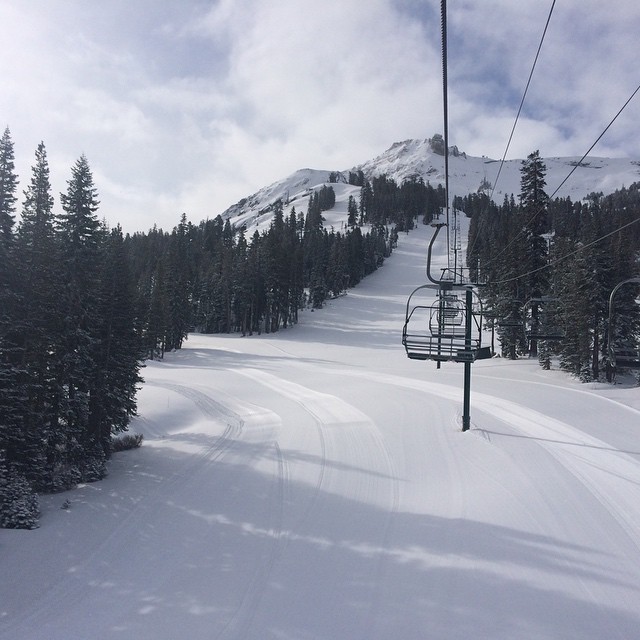 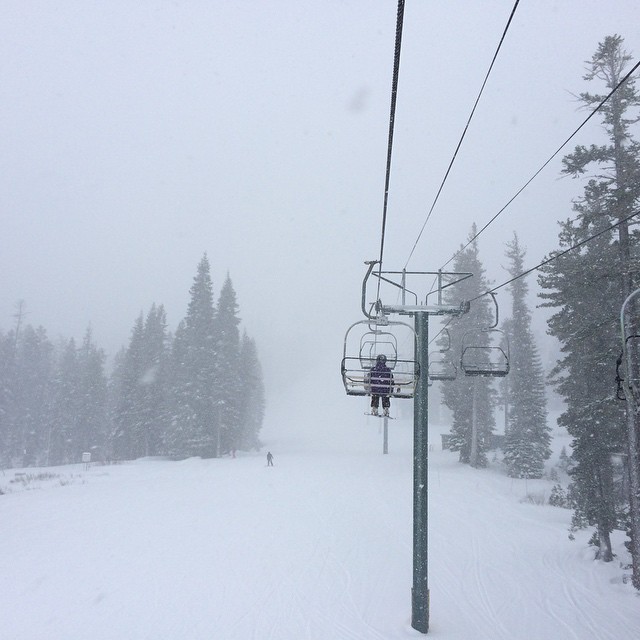 It's snow @kirkwoodmtn any question to who has the best conditions, most terrain and most snow in Tahoe😜 #kirkwooddeep 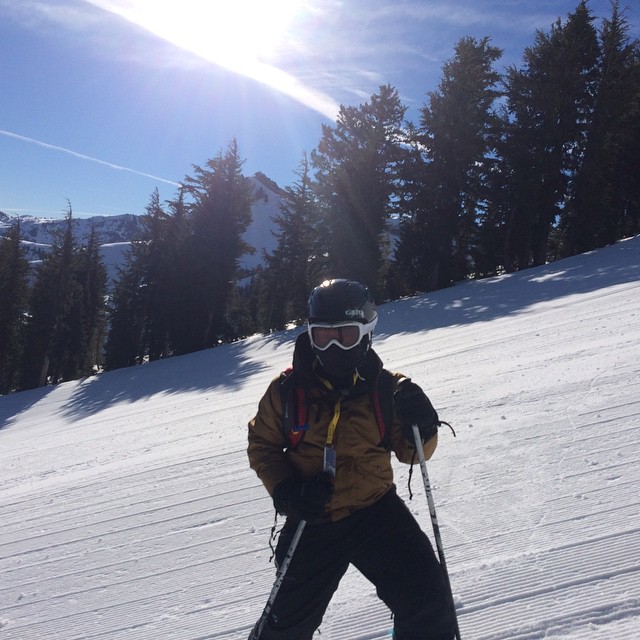 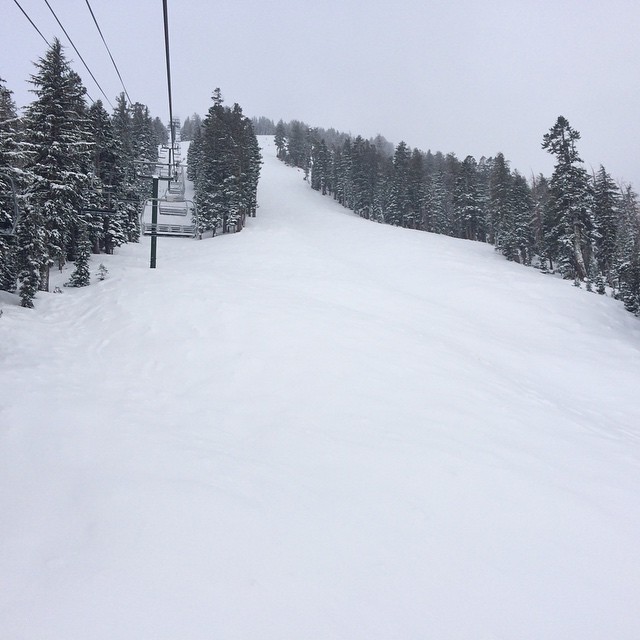 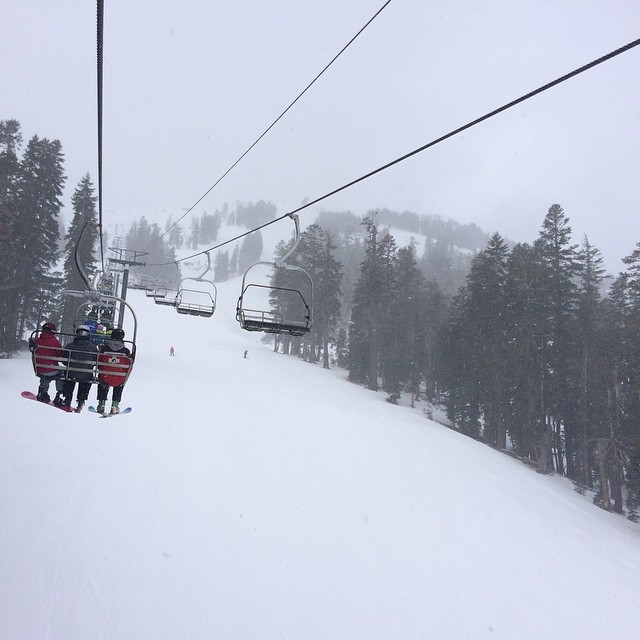 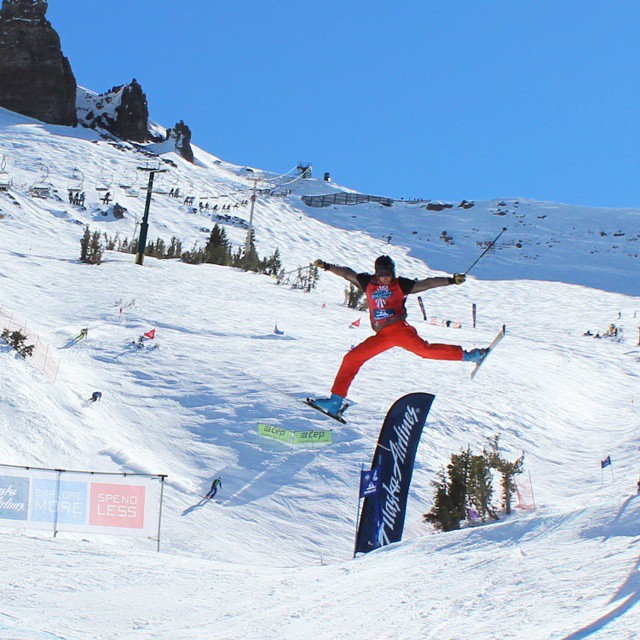 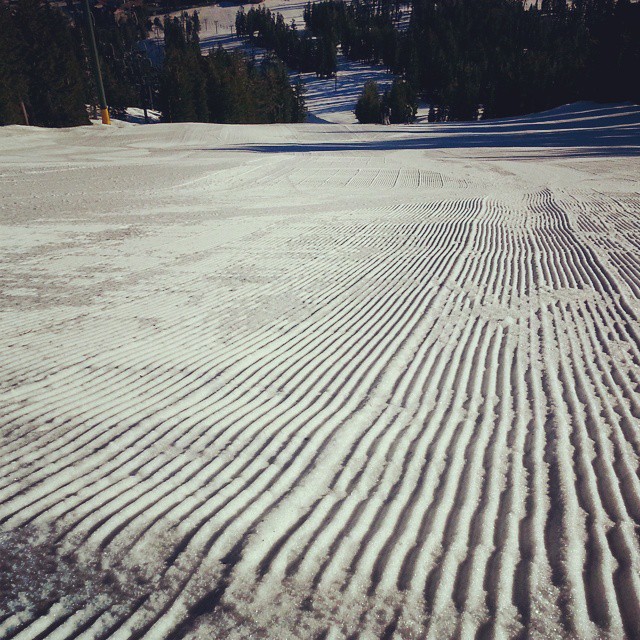 The cord before the storm. Upper Zach is skiing great but hoping for a pow day this weekend. Stay tuned. #Kirkwoodmtn #skiing #snowboarding 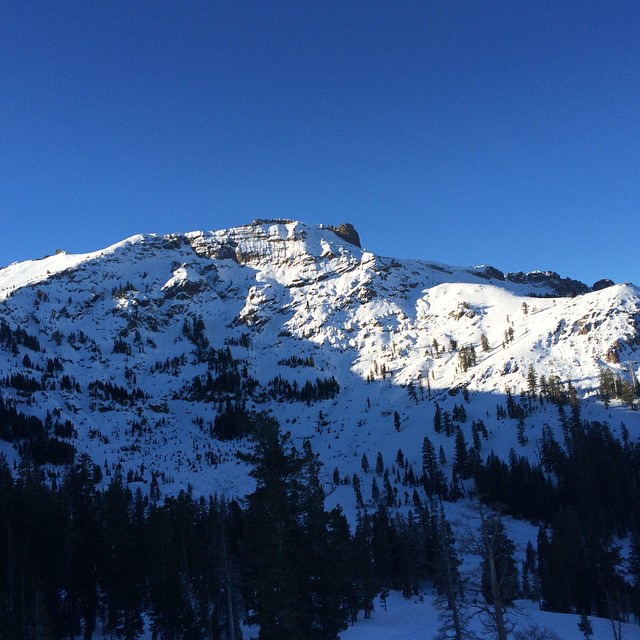 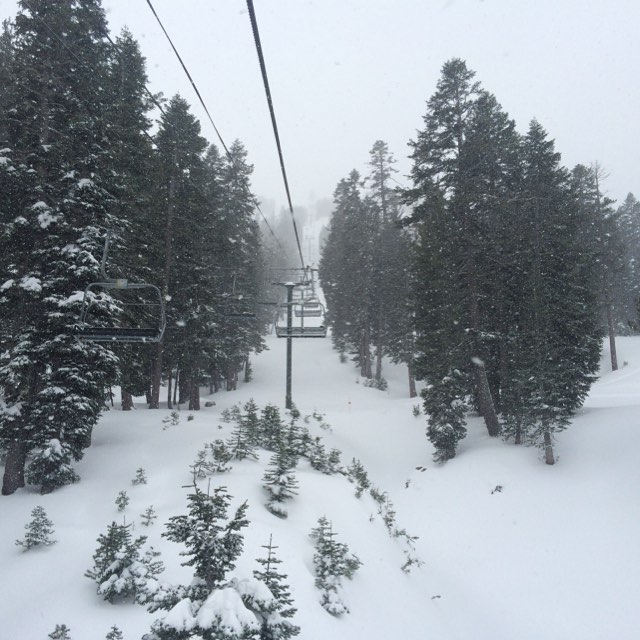 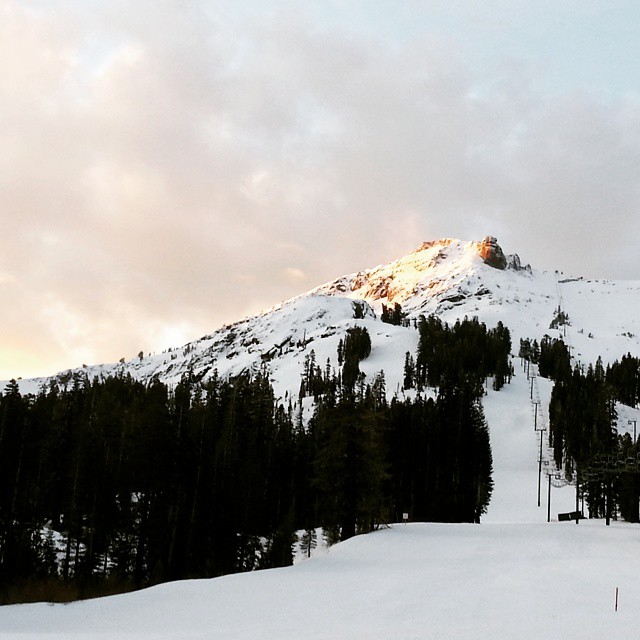 Amazing start to the day! More snow in the forecast #Kirkwoodmtn 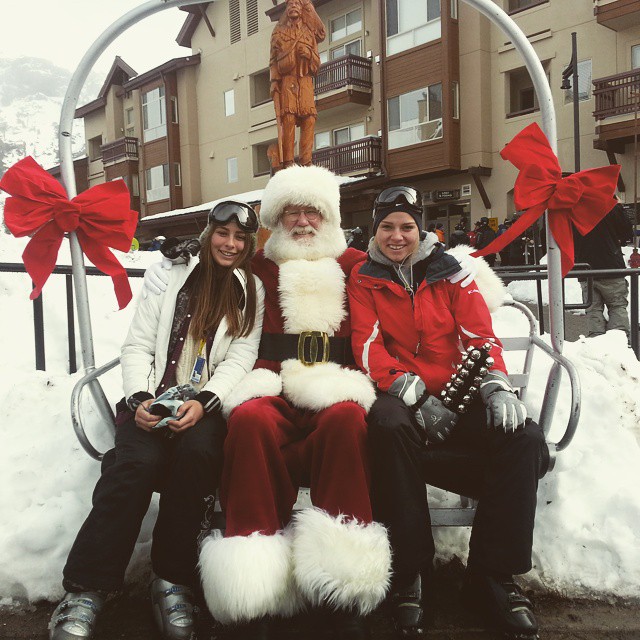 Santa is in the Village Plaza today! 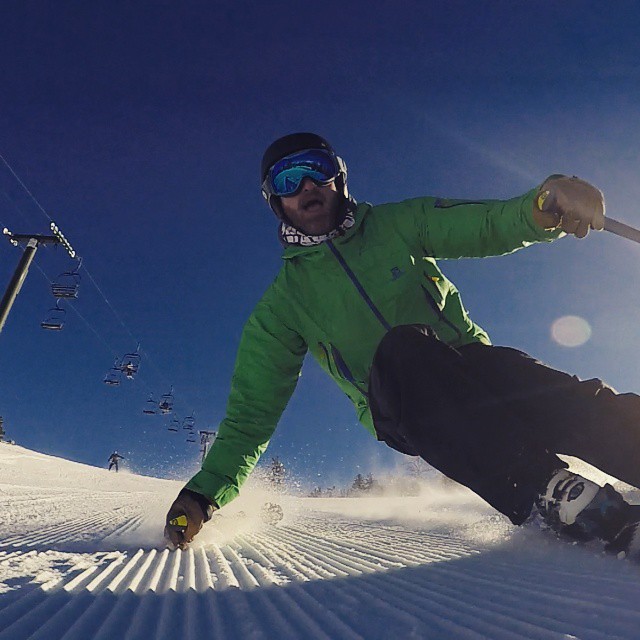 Happy New Year everyone! Slopes are carvalicious up here #Kirkwoodmtn