Ski towns have spent decades building service to their airports, seat by seat, flight by flight. Winning a new flight from a major carrier is an accomplishment that is justifiably touted. That extra plane carries the town's and nearby resorts' lifeblood inside of it: tourists and money. More flightc s means more skiers, more hotel stays, more lift tickets, more restaurant checks and more revenue. It's a simple equation. This is why many resorts are willing to guarantee airlines a certain amount of revenue for any flights they commit to a resort's regional airport.

ZRankings has special package rates for this winter!

For some resorts, like Jackson Hole and Telluride, the flights are a requirement to operate. For others, like Vail, flights to the local airport are nice, but they can still count on tourists making the two-hour drive from Denver and a steady base of Denver folk to make the drive up for weekends.

For skiers, ski town airports offer the ultimate in convenience. In some cases skiers can ski on their days of arrival and departure because of the minimal amount of schlepping required to get from airport to slope and vice versa. Some ski town airports are better than others, a fact we're here to discuss.

What makes a great ski town airport? Several things, in basically this order:

To start, we examined the winter flight schedules for each airport and tallied all the regular flights that operated for a majority of the winter. These flights can be daily flights, or in some cases weekly or 2-3 times a week. We excluded extra holiday flights that mostly occur during the 10-day Christmas-to-New Years period.

The daily flight is the most sought after prize for ski resorts, of course. What airlines will often do when scheduling service to a new airport is first schedule flights for Saturdays from a major hub. If that works, they'll often add Sunday, then Wednesday, then the whole week if enough of the seats are filled. This evolution can take a decade or longer.

Here's where things stand for ski town airports, as of 2015: 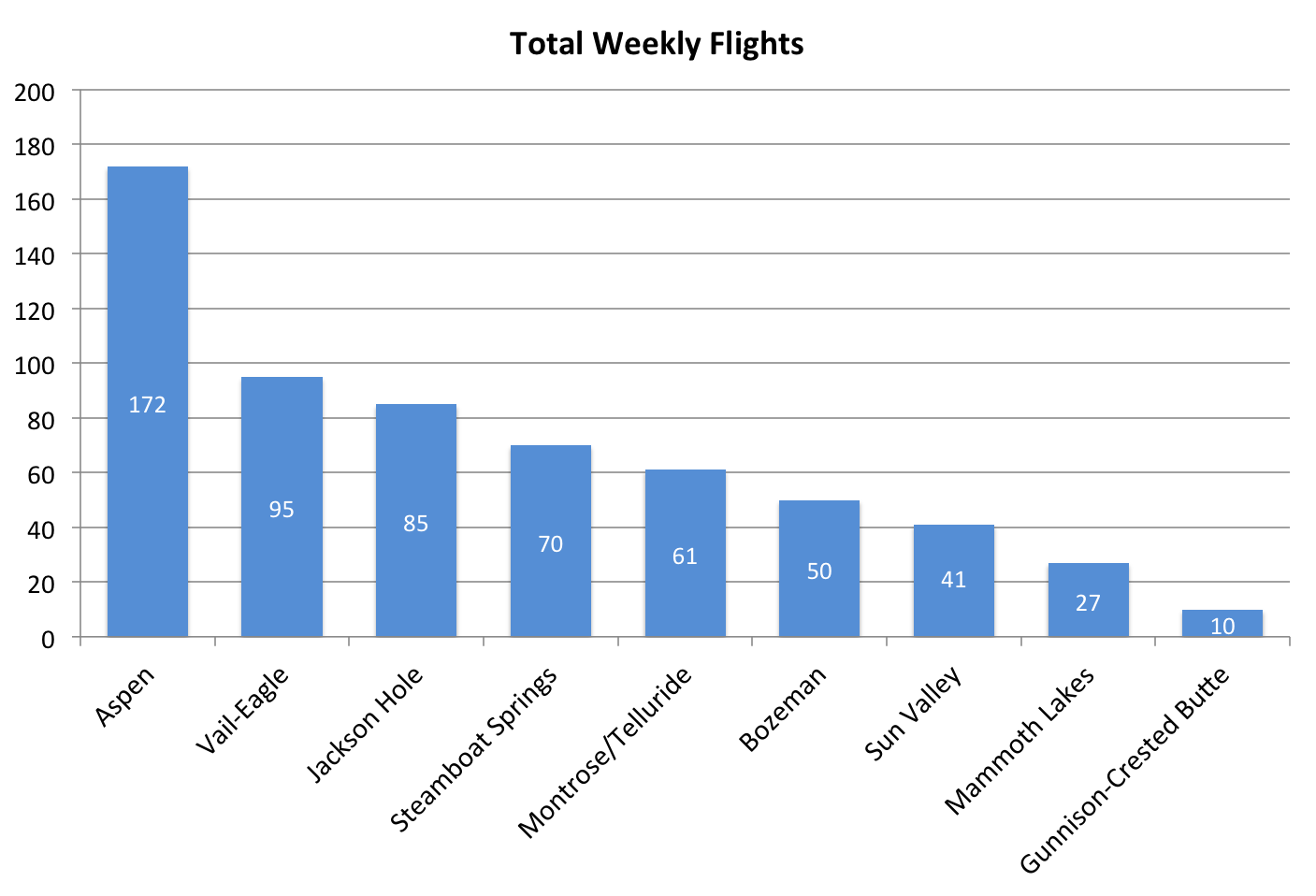 Aspen's big lead in total flights is striking, when put in this graphical context. It's not wholly surprising, given the nature of Aspen's clientele, and the fact that driving to Aspen from Denver requires an extra 90 minutes compared with Vail or Beaver Creek. It should be noted, however, that all of the planes landing in Aspen are smaller, regional jets, as the airport's runway is too short to handle the 737s and 757s that often operate out of Jackson Hole and Vail-Eagle. That being said, Aspen is still our No. 1 Ski Town airport.

Number of cities with non-stops to each ski town airport: 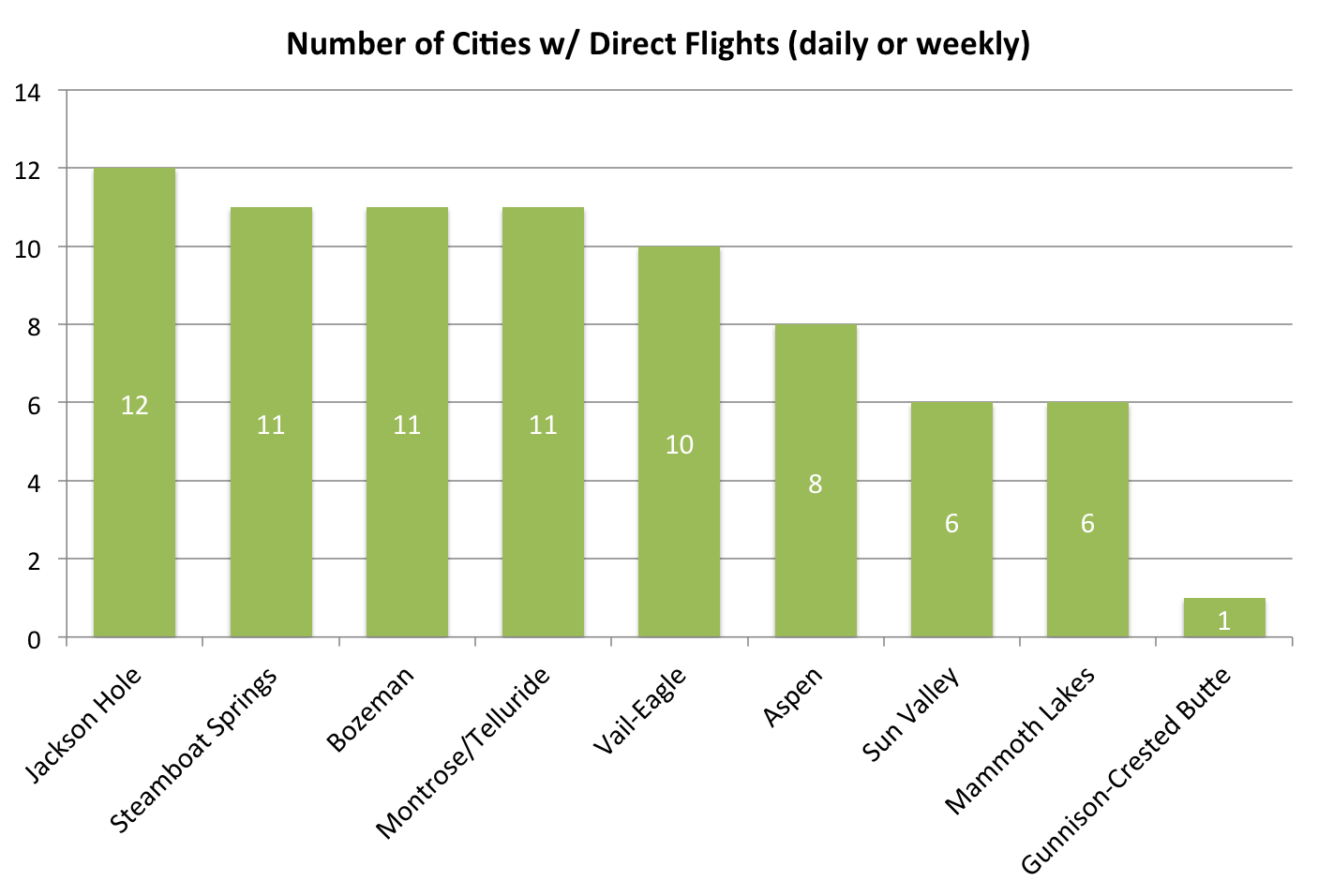 Runners up to the top 5 listed above would be Montrose-Telluride and Sun Valley. Montrose loses a few points as it takes 70 minutes to get from the airport to Telluride, although at least half of the drive is through some of the most scenic country in North America. Sun Valley is likely next, but it has zero service from Eastern or Midwestern cities, continuing to be a fixation of California and the West Coast, with more than half of its flights originating there. ZRankings has special rates with its ski resort partners!